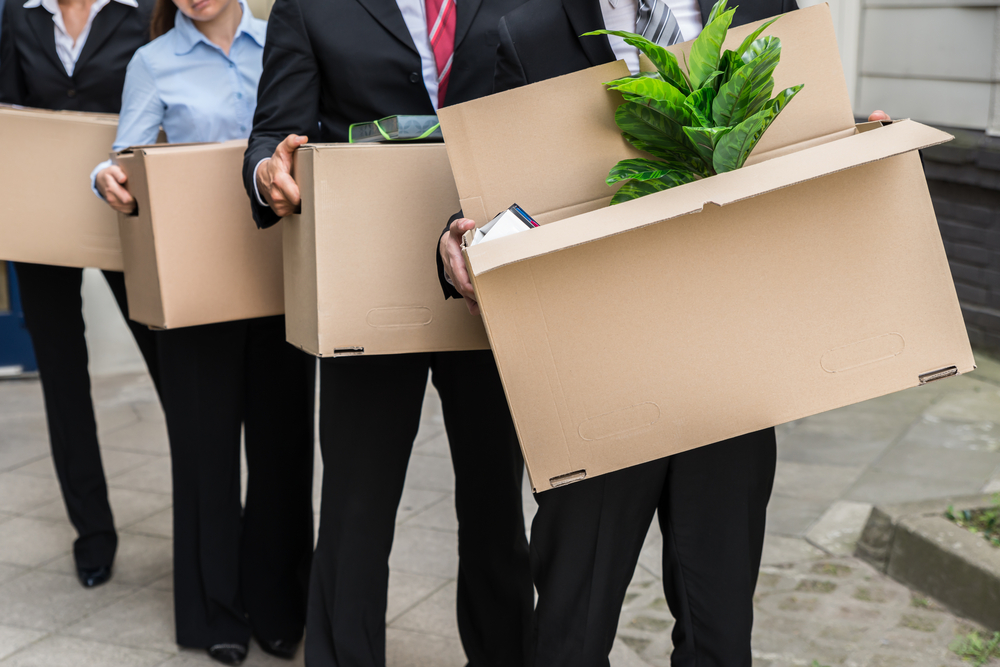 FEARS are growing that the sheer number of global lay-offs in the coming year could exceed the number of available brown cardboard boxes to empty your desk into, which may lead to scenes of newly-unemployed people carrying all their crap out into the streets in their hands.

With companies such as Meta, Twitter, Google and Amazon each laying off five-figure swathes of employees over the last number of months, the world’s stockpile of boxes has already been depleted to the point where several laid-off workers were seen cradling their photos and stress-toys in their sweaters like apple-pickers as they handed over their lanyards on the way out.

“We recommend that people start to take home a few bits and pieces now, and keep the absolute bare minimum of stuff on their desks in case they get made redundant,” said one expert today, on a Zoom seminar called ‘How To Lessen The Sting Of Sudden Unemployment’ that was attended by 90% of the world’s workforce.

“So if you’ve got some photos of your family or I dunno, spare phone chargers, little matchbox cars or a succulent plant or anything like that, start transporting them to your house now. When you get laid off, you’ll be too emotional to have to worry about how you’re going to get your ‘funniest employee’ trophy home”.

Employees are also being advised that if there’s anything they would like to steal from the office, now is the time to start stealing it.