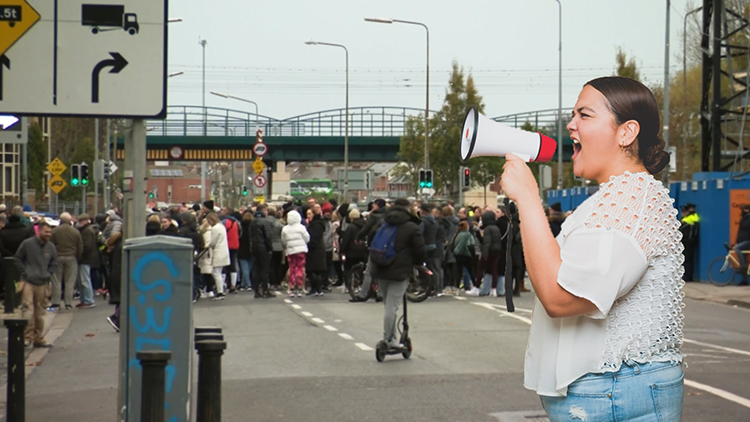 JOINING a protest in East Wall to make her opposition to asylum seekers being housed ‘without consulting her’ first known, local woman Emma Blaylin is proud to have finally attended her first ever protest.

“Well, technically not local, from Kildare actually, but I’m just feeling so free after finally saying enough is enough and arrived up here to mindlessly scream obscenities outside a building housing people fleeing their country for a better life,” said Blaylin, beaming ear to ear.

“Ireland is full anyway,” added Blaylin of a country with more vacant properties than pints of Guinness.

Blaylin couldn’t quite put her finger on why she chose intimidating refugees as her first protest and not homelessness, HSE disarray, the treatment of Mother and Baby Home survivors, victims of clerical abuse or a million other issues but couldn’t rule out her passion for ignorant xenophobia as the motivation.

“Sure, they’re important but this way, if I protest about asylum seekers, I get to meet so many like-minded people and make new friends,” explained Blaylin, whose own cat deserted her last year for a better life.

At the crux of the protest is the lack of consultation of residents and the fact that they don’t know the people who have moved into the area.

“We can sympathise with that, we live next door to a fucking racist,” said Blaylin’s neighbours when approached for comment by WWN.