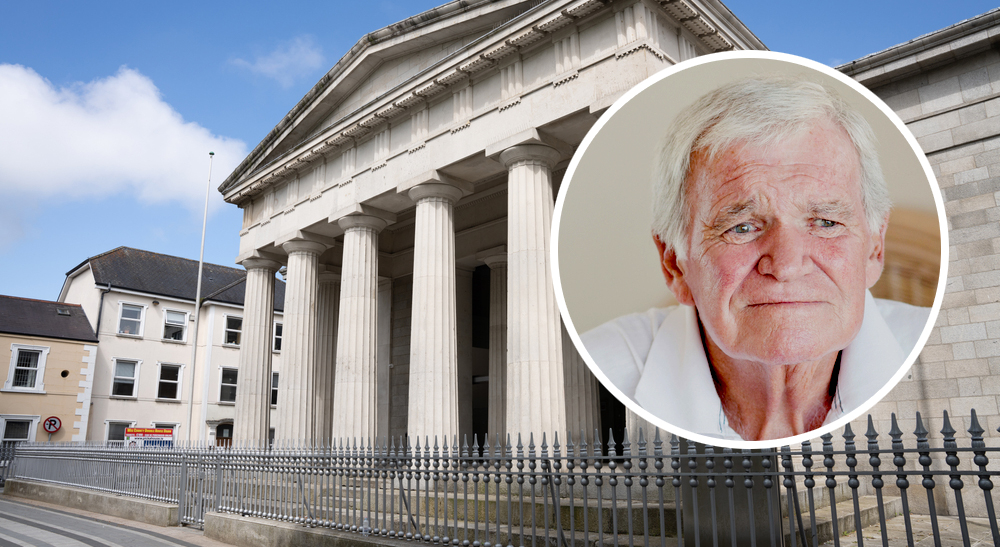 AN ELDERLY man just handed a custodial prison sentence for being found in possession of cannabis he used to cope with chronic pain has pleaded with the local district court to instead treat him like a sex offender in the hopes of a more lenient punishment.

“Can’t we just pretend I’m after downloading the most repugnant and disgusting images you’ve ever seen? That way, it’s a suspended sentence and I can head home today without being thrown into jail and given a criminal record,” said now convicted criminal Sean Crattigan after hearing the sentence handed down by Judge John Folan.

“Seriously, I’m talking the most depraved imagery imaginable. You know, the type that would have you run out of town by an angry mob, rather than treating me like a lad caught with the makings of a spliff,” added Crattigan, seemingly trying to exploit an unconfirmed legal loophole in sentencing which sees possession of such images as ‘a bit of harmless craic’ within the Irish judicial system.

Replying to the defendant, Judge Folan denied his request citing the seriousness of cannabis possession and pointing out the fact that even if he was to be treated as a nonce, he didn’t call on a priest or GAA manager to stand for him as a character witness in the court, ‘like all good perverts would do’.

Crattigan was handed a 3 month prison sentence by the judge who then called on court reporters to take a picture of the criminal and publish it in local and national newspapers for everyone to see.