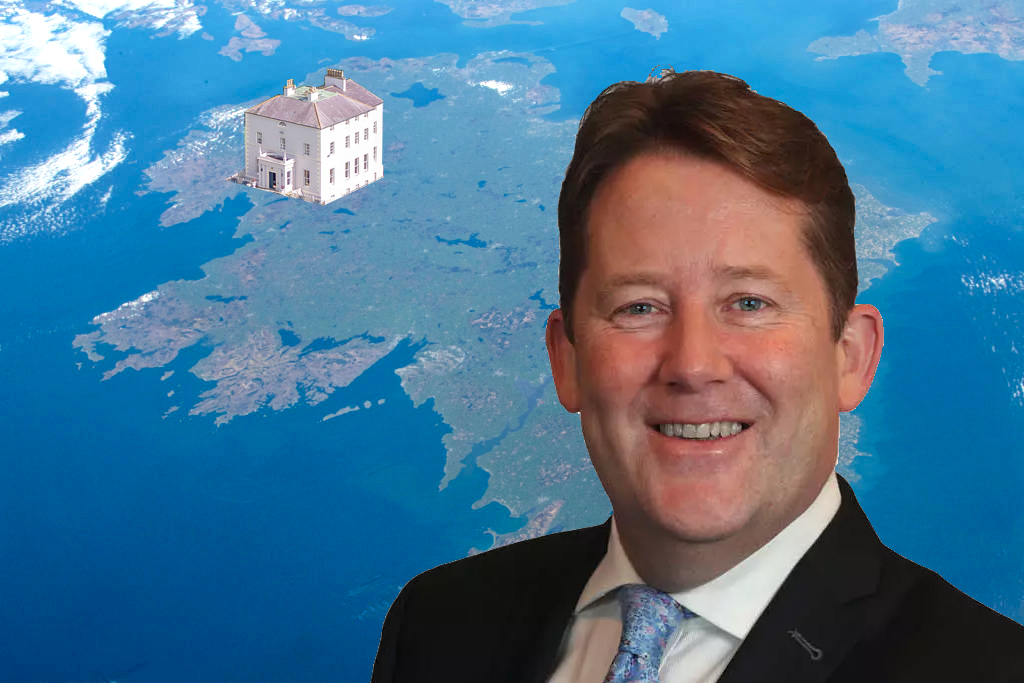 MINISTER for Housing Darragh O’Brien unveiled plans for one gigantic house to be built out of this year’s unspent housing budget which stands at €467mn, WWN reports.

An imposing 2km high and 4km wide, the aptly named ‘social house’ is expected to do exactly what it says on the tin and will help house tens of thousands of families currently on the waiting list for social housing.

“Delighted to announce this new project. Of course, we could have used the money to do up the 4,500 council houses that are currently vacant, or indeed actually build homes from the €476mn housing budget, but just look how cool this house is – it’s huge!” O’Brien awed at his plans, which will be built on a ‘commuter belt in Donegal’, “Imagine the 800k plus young people currently living at home with mammy and daddy moving in here, it’ll be great! We’ve even built a lovely big shed out the back to to put the 100k Ukrainian refugees we’ll have by this time next year”.

Beaming with pride, the housing minister gloated his department will still actually meet their 24,600-housing annual target despite the underspend, pointing out the unspent money was set aside for social housing, the free loaders waiting on housing lists, those kinds of people.

“Targets are targets,” O’Brien pointed out, patting himself on the back, “shame about the low earners waiting on homes though, we’ll get around to them at some stage in the next 20 years, you know, when the population is 6 million and mass homelessness is the norm like it is currently in the US and UK”.

With almost a million people looking for homes in Ireland and just 24, 600 being built every year, O’Brien hasn’t ruled out a Battle Royale type scenario where people fight to the death for homes in the near future.