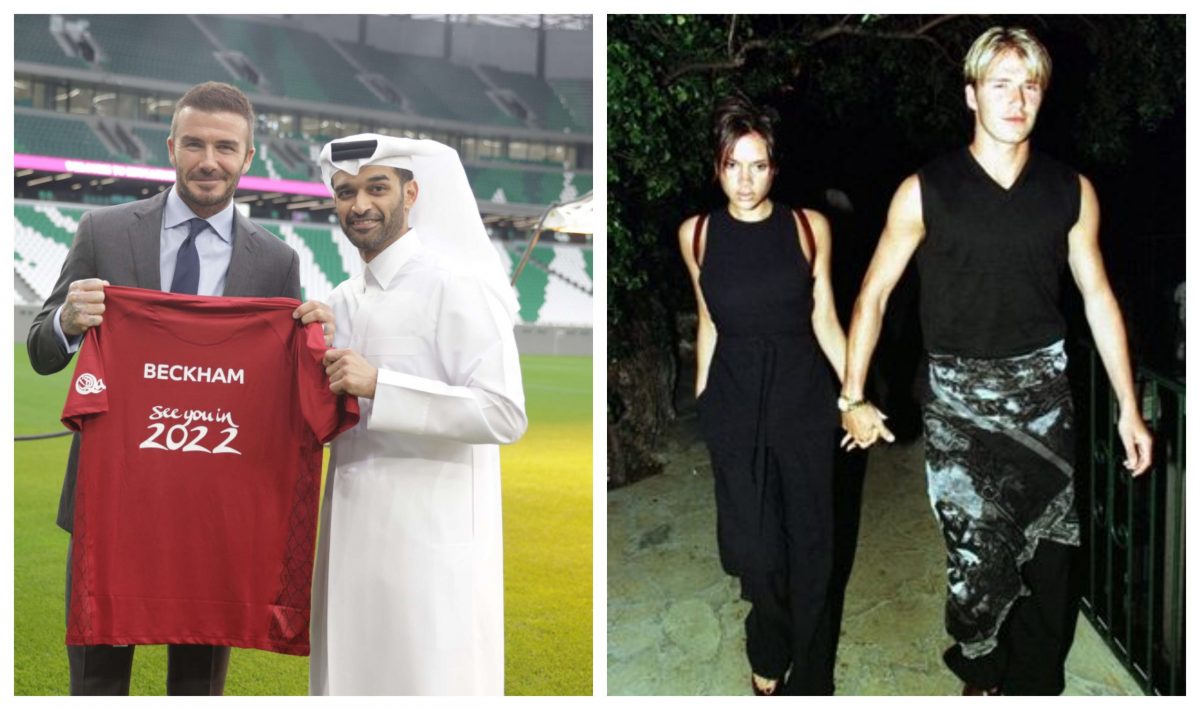 HE WAS the world famous former football star who just wanted to help Qatar launder their lamentable record on human rights abuses, migrant worker deaths and LGBTQ persecution but now David Beckham has been bitten by the hand that fed him £10mn to promote Qatar.

“We’re working with the Qatari authorities on this misunderstanding, we hope they’re treating David well in jail,” a spokesperson for Beckham said after it emerged the ex-Real Madrid player was arrested by Qatari officials upon entering the country ahead of the World Cup, as evidence emerged of him pursuing a lifestyle completely at odds with his paymasters.

The ‘deviant behaviour’ that landed Beckham in a Qatari jail can be traced to Qatari officials discovering historic photos of Beckham wearing a sarong, which has disgusted the 2022 World Cup Supreme Committee to its core. Why members of the committee were Googling ‘David Beckham legs’ has not been explained.

Beckham’s panicked entourage have descended on Qatar includes his PR, marketing, branding and crisis management teams along with whomever is in charge of writing his bitchy emails about not getting a Knighthood.

“We just want to explain to the Qataris that David should get normal treatment in prison as he is ‘normal’ and not one of ‘them’,” said one of Beckham’s team, who is actually being paid enough to do this reprehensible job.

“Obviously Qatar is a great country for everyone, and you just have to show respect for their traditions and that’s why we’re all sweating and panicked and fearing he’s being tortured in a cell somewhere,” concluded his team, appealing to the media to raise awareness of the plight of one immigrant worker entering the country.