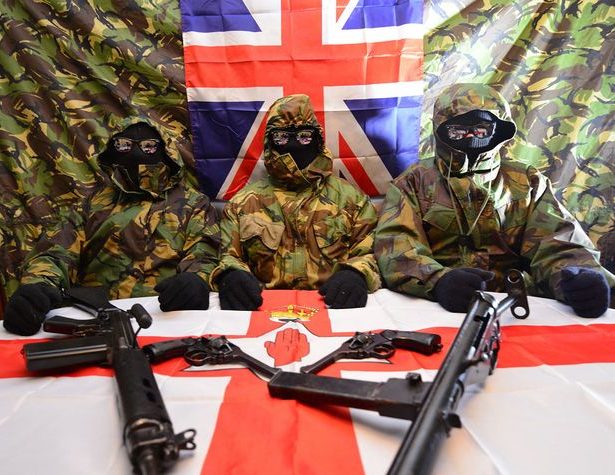 SKY SPORTS presenters were unavailable for comment today as the island of Ireland came to terms with the news that the UVF and UDA had been planing a terrorist attack in Ireland, potentially targeting Irish government ministers.

“I’ve no comment until such a time you can provide me with video evidence these Loyalists were doing something truly horrific like singing in a dressing room,” remarked one person who set the record for number of heart attacks in one minute in the wake of the Irish women’s team being found to sing ‘Up the Ra’.

The news of a terror plot comes after the Loyalist Communities Council recently sent a statement to Unionists parties stating that support for the 1994 loyalist ceasefires was drastically waning and that Irish politicians shouldn’t set foot in Northern Ireland while the NI protocol remains in place.

There have been no calls for this group to receive history lessons.

“Yes, you’ve said Loyalist terrorists were planning a terror attack in the Republic in 2022 and were only hours away from executing it but God damn it, speak plainly – I need to know if this is a bit of trivial fun or that great threat to peace in our time – the sing along,” offered one British journalist, who was admittedly a little distracted today with getting a hard on from dehumanising asylum seekers in Kent.

Condemning the plot, the MI5 confirmed they were monitoring Loyalist terror groups but apologised saying it is sadly barred from actively colluding with the UVF and UDA these days, so they’ll have to carry out their terror attacks by themselves.