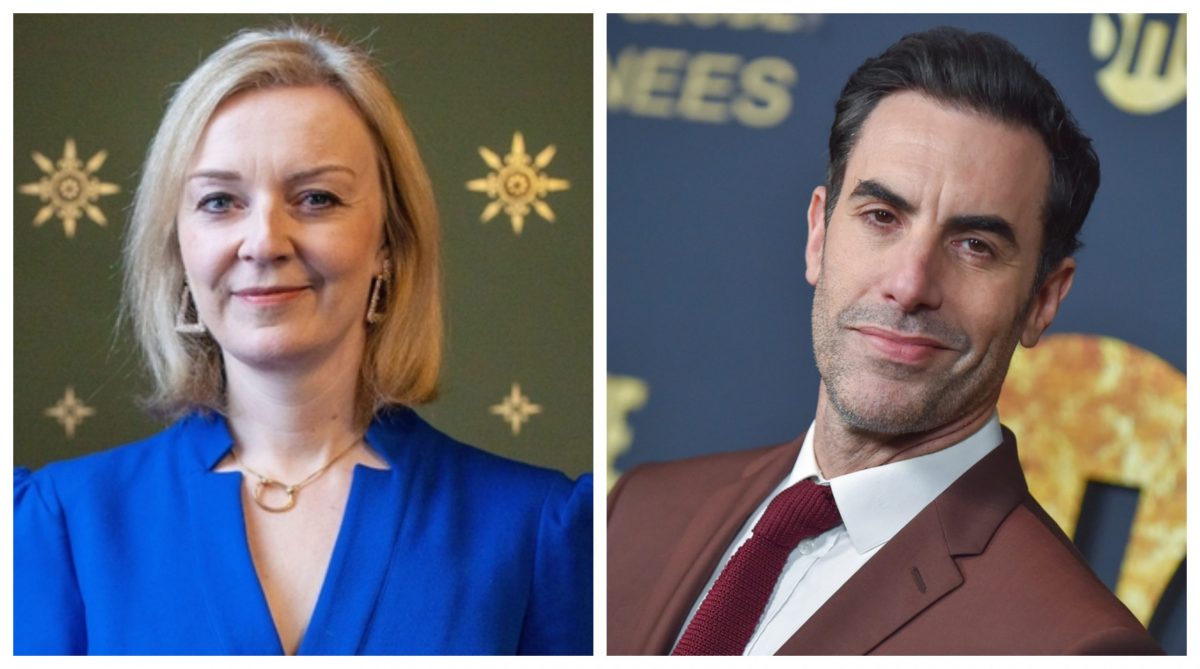 GOING some way to explaining why the ongoing chaos of Liz Truss’s premiership is proving so hilarious, comedic chameleon and boundary pusher Sasha Baron Cohen has finally taken credit for his transformative performance art piece as the MP for South West Norfolk.

“Getting into the make up and prosthetics every was the hard part but getting Tory party members to vote me into power was easy – I just said let’s make the rich richer and take a sledgehammer to the poor,” revealed Cohen, relieved to have finally be out of character after all these years.

Cohen admitted he was constantly in fear of being discovered while making high pressure decisions.

“In live interviews and PMQs I was actually wearing an ear piece and my answers were dictated to me by 47 cats we stuck in a washing machine and gave LSD. For those awkward pauses during speeches I channeled a lobotomised puppy trying to do multiplication and then it was just a case of having all the charisma of a car crash covered in vomit,” explained the comedy great.

“Having more Chancellors than days of the year, refusing to resign, always smiling like I’d just got away with farting in public, sort of nearly crashing the entire economy – I feared it was too ludicrous to be believable but then I remembered this is the Tories we’re talking about”.

For his last act in character as Truss, Cohen accidentally deleted Britain when trying to save Truss’s resignation letter on her computer.