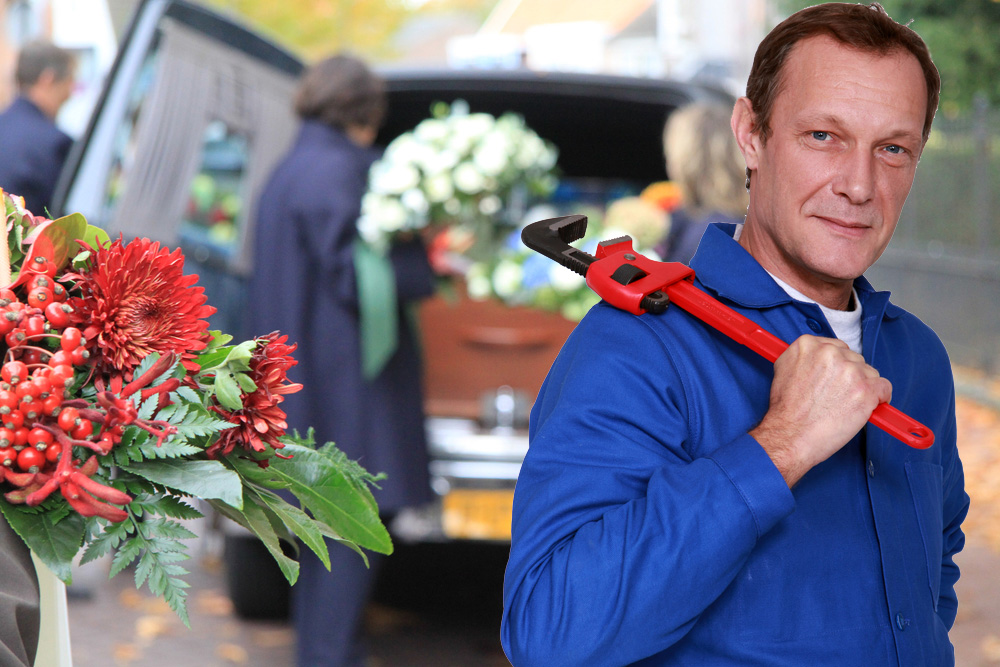 THERE was bad news on the home improvements front for anyone today as the last plumbing contractor in Ireland with any availability this side of Christmas passed away following a short illness, leaving thousands of homes with no chance of getting a few jobs done around the house.

“The death has occurred of Peter Hanlon, 55, peacefully in his residence surrounded by phones ringing out,” read the late plumber’s RIP.ie page.

“The Hanlon family would like to extend our condolences to anyone who Peter had in his book for jobs over the next few months, from the downstairs bathroom conversion jobs to the radiators that aren’t heating up – that you could probably fix yourself with a vent key and a YouTube tutorial,” added the online obituary.

“Peter was a rare one; a plumber who would actually answer his phone when you rang him,” confirmed one Dublin man, robbed of getting a leaky tap fixed before it rolled into its second year of drippiness.

“What am I supposed to do now, rely on my idiot brother-in-law who owns two spanners and thinks he’s Tim Allen from Home Improvement?” wailed another woman we spoke to, while wandering the streets waving fistfuls of cash at any white van that drove past with a length of copper on its roof-rack.

WWN would like to pass on its condolences to Mr. Hanlon’s family and kindly ask for any available plumbers still alive out there to please leave their name in the comments, this toilet has been clogged for months and we can’t live like this anymore.