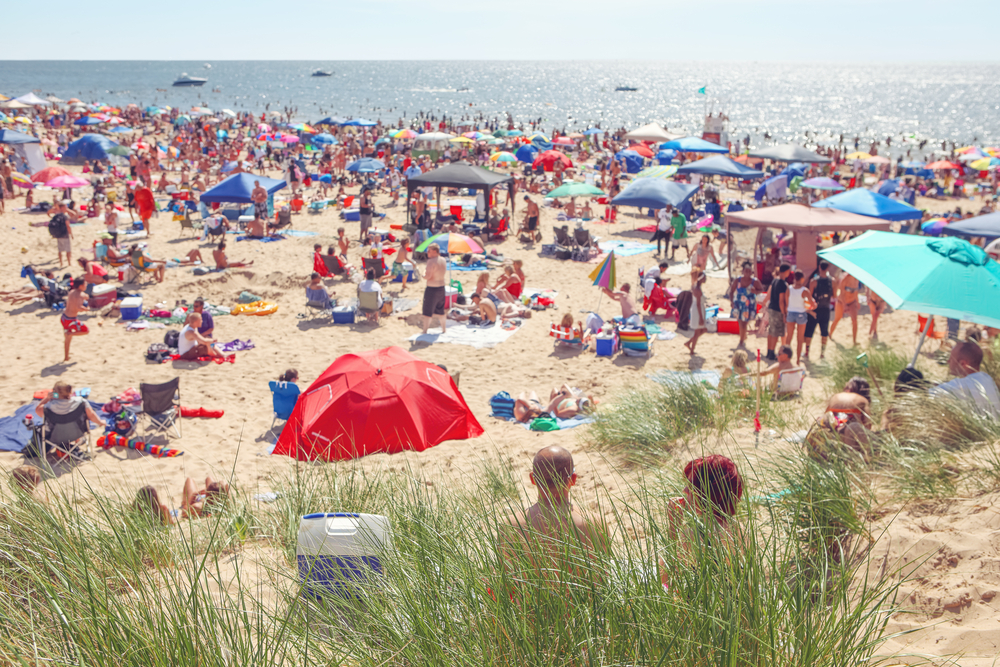 AMID a heatwave which could see temperatures hit 30 degrees, Met Éireann has been forced to issue a rarely used ‘don’t go too mad now’ weather warning to the Irish public.

“You’ll be giddy with the heat and next thing you know you’ll think now’s the perfect time to buy a jet ski. Don’t let the heat go to your head,” said chief Met Éireann warnologist Cyril Casey.

While Met Éireann understood people will be filling paddling pools, having barbecues and going to the beach, certain commonsense should prevail.

“And we’re Irish at the end of the day, so you know yourself, keep your pasty translucent bodies covered up let’s not put each other off our dinners… which will be a salad obviously” added Casey.

“And when you’re on the beach don’t do something ridiculous like play volleyball, leave that to the Brazilians. You just sit there in the sands and slowly realise to yourself how shite the beach is while falling over as you try to get changed underneath a towel like an eejit”.

Alongside the warning, a number of other measures have been introduced:

A five euro fine will be issued every time someone says ‘sure you wouldn’t get better in Spain’.

Irish people are allowed drink beers with ice cubes in them just this once.

Anyone leaving dogs in cars with the windows up will be placed in a dog kennel for a year.

A slow acceptance that you will never have a decent night’s sleep again.

A government scheme will see every citizen get a €50 voucher for Onlyfans.com.