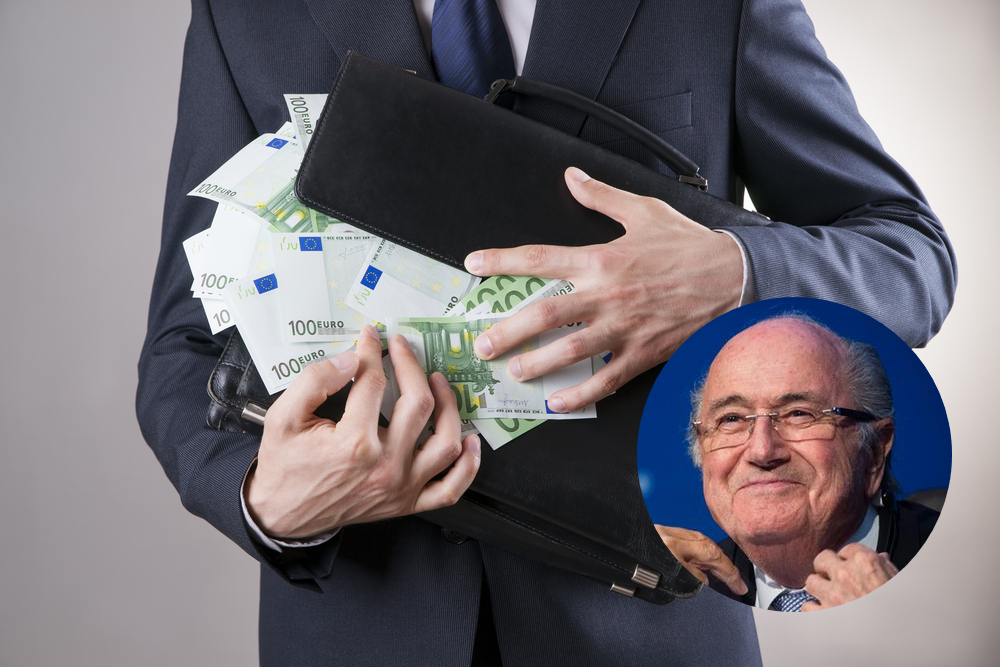 HAVING been found not guilty of fraud at a Swiss trial alongside Michel Platini, ex-FIFA chief Sepp Blatter gave a rambling and confused speech outside the court room.

Rather than addressing the allegations and his being found not guilty, Blatter began dispensing financial advice to the judges in what many observers have praised a nice and generous thing to do.

“Only ever small amounts. Cash only transactions. Never too many in the one day,” said Blatter, as he enjoyed the fresh air on the steps of the court with the sort of joy only a free man can.

“Don’t splash it on a new car. You arouse suspicion and it’s game over,” said Blatter, drawing on his years of experience as the head of the billion dollar generating FIFA empire.

Blatter went on to state that any individual would be well advised to limit their social media use from now on and while the temptation might be there to begin spending an unexpected windfall immediately, leaving it a year or two is for the best.

“I understand with inflation you’ll feel like by sitting on it you’re losing it, but this isn’t like awarding a World Cup to Qatar – you might actually be subject to some scrutiny”.

Elsewhere, prosecutors in Haiti are hoping to have more luck in prosecuting allegations that visiting football officials were offered up staff and players for sex by the Haitian FA.