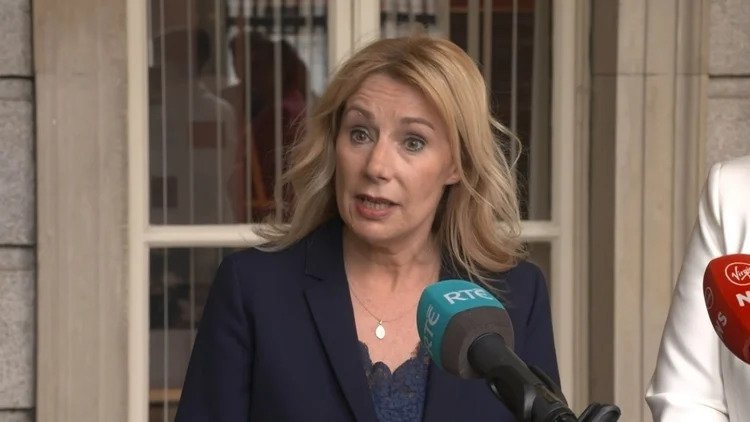 MINISTER for Accusing Schools Of Failing To Engage With Her Only To Roll Back That Claim When It’s Proven False, Josepha Madigan, has confirmed her department has a perfect record on supporting children with additional needs so don’t accuse her of being at fault for 106 students not having school places.

“For decades parents have been begging the State to treat children with special educational needs with something approaching basic humanity which is why we’re happy to spend our time and resources trying to pin the blame for all this on schools,” confirmed an official thrower-under-the-bus acting on behalf of Madigan.

In a huge step forward the minister is to introduce new legislation which will give schools 8 weeks to convert an ill-suited collapsing death trap of a ‘temporary’ decades old pre-fab classroom into one fit for additional education needs, using funding totaling whatever change is down the back of the couch.

In a huge step nowhere in particular, the department confirmed children will still be waiting a year to get an SNA and teachers will be given no training ahead of autism classes opening.

“Rather than blaming the State for moving at the pace of snail travelling upwards on a ski slope, we ask that parents fall for our attempt to divide and conquer, and turn on the schools instead,” added the official.

“No one cares more about these children’s education than Fine Gael, not enough to increase SNA pay but you get the picture,” concluded the official.

The public is struggling to take the word of education professionals over a Minister of Special Needs and Inclusion (until there’s a reshuffle) who previously compared SNAs voicing health and safety concerns with Mother and Baby Homes neglect and opposed traveller accommodation in her own constituency.

Elsewhere, Minister for Education Norma Foley has urged Madigan to keep talking as it’s great to see someone else putting their foot in it for once.