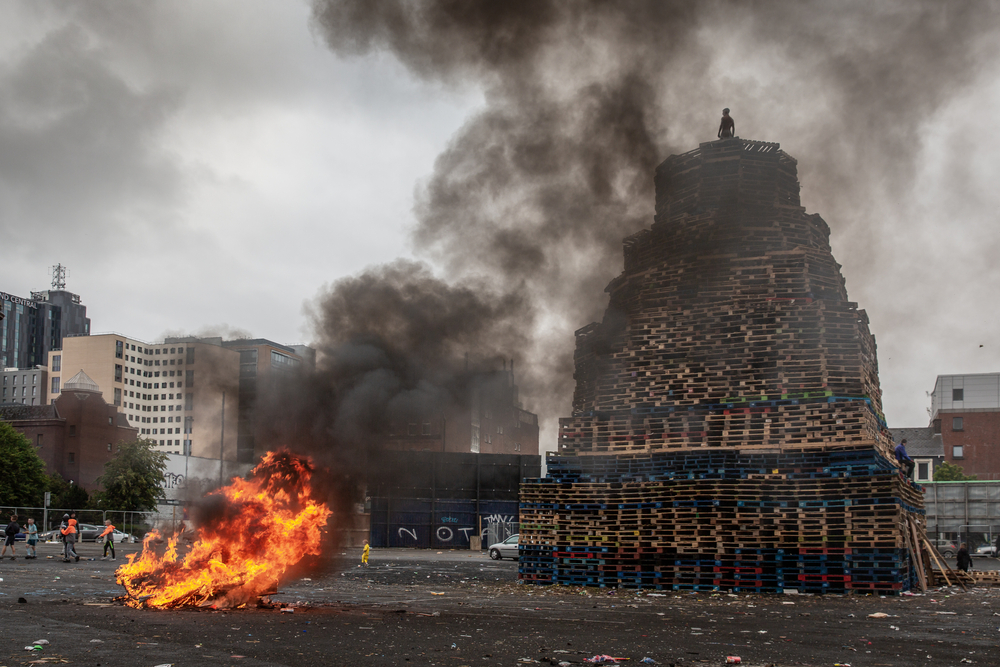 BRITISH Prime Minister Boris Johnson has confirmed that the Northern Ireland Protocol will be officially burned in a traditional bonfire ceremony on July 11th in Belfast on top of a bonfire, WWN can confirm.

Joining effigies of Gerry Adams, Martin McGuinness, the Irish flag and basically anything ‘Republic-ey’, Johnson stated that the official documents relating to the protocol will be placed on top of the biggest bonfire of the night, sparking a mass competition between bonfire builders.

“I see no better send off than a traditional loyalist bonfire to finally turn this dastardly protocol to ashes,” Johnson hailed to cheers of ‘here here’ in the House of Commons, “maybe those Paddies will finally get it once it’s burned asunder in front of their very drunked up, bloodshot eyes”.

Johnson has invited all future potential trading partners to Belfast on the 11th of July to watch the burning of a deal his party formulated and signed up to.

Ignoring pleas from fellow Tory party members, including predecessor Teresa May, Johnson called on the Queen herself to light the bonfire in a show of solidarity for fucking Ireland, the EU and the Good Friday Agreement over.

“We need to send a clear message to Europe that we will not bow down to common sense, morals or historic agreements that stopped decades of war in Northern Ireland,” Johnson added, “ignorance and poorly thought-out decisions will prevail!”