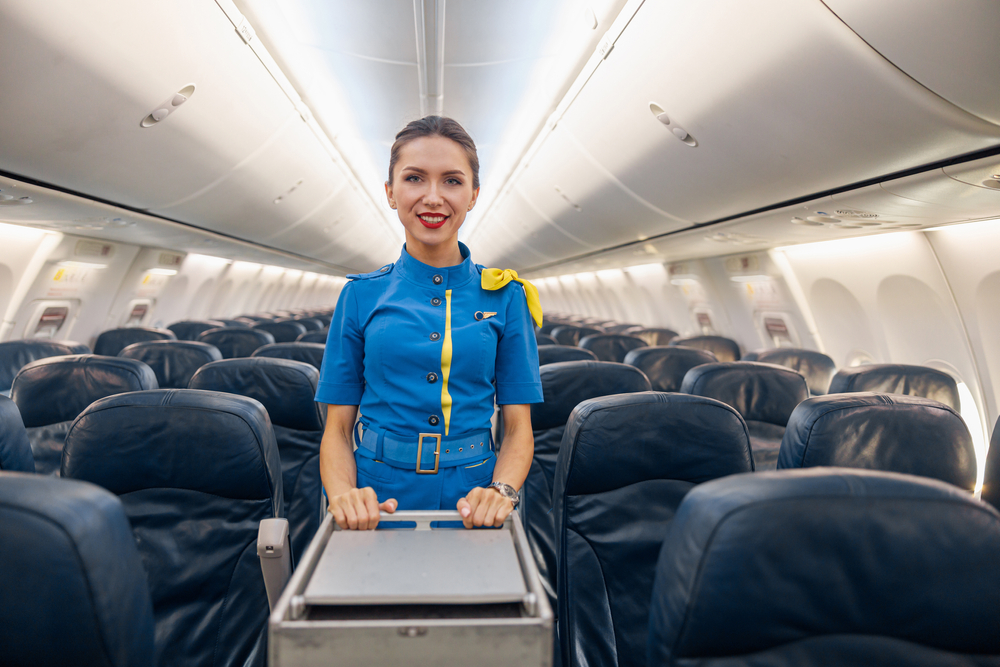 AIRLINE CABIN crew have opened up to WWN about how they passive-aggressively deal with irritating, condescending or troublesome passengers during flights, with tactics ranging from moderate inconveniences to terrifying ordeals.

“I wait until it looks like they really need the loo and then light up the ‘fasten seat belts sign’. Then we leave the light on until they wet themselves. Let’s see you click your fingers at me again, you git” – Laurel, San Francisco.

“I like to do the Macarena instead of the safety demo, no one ever notices” – Tracey, Dublin.

“If they man spread with their elbows in an aisle seat I clip their elbows with the trolley as a warning to have some manners. If they still don’t get the message, it’s drug plantin’ time! Have fun with the sniffer dogs, seat number D9”- Matthew, London.

“I threaten to send to the back of the queue at Dublin Airport” – John, Dublin.

“Some troublesome passengers turn into toddlers once you put a screen in front of them, stick The Flight Attendant on – not a peep out of them” – Joanne, Cork.

“I once faked the need for an emergency evacuation with parachutes, but it was all just to get the guy playing music full blast without earphones off the plane, I can still hear his screams as he disappeared into the clouds. Best day at work ever” – David, Shannon.

“I walk past them talking into my sleeve, things like ‘we have a code black, please advise’. Then I just sit back and watch them shit themselves for an entire transatlantic flight” – Maureen, Dublin.

“We jump up and down to create fake turbulence so the arsehole in 21A bangs his head and spills his drink” – Diane, Amsterdam.
“Anyone with socks off and feet up on another person’s seat gets locked in the toilet and gets sucked out when we press the secret ‘mega flush’ option” – Marcella, Rio.