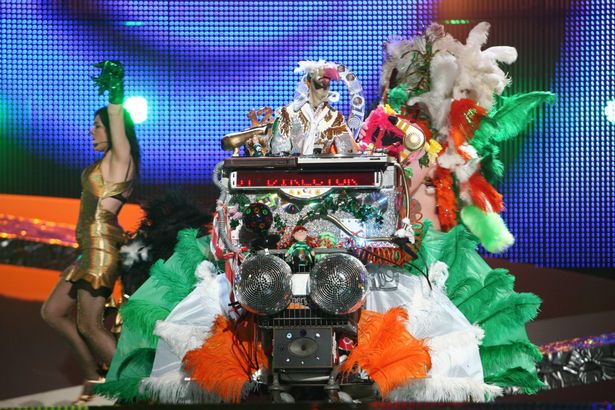 FLYING off the handle in a fit of rage, the Irish nation has threatened the Eurovision with audiovisual terrorism by pledging to once again send Dustin the Turkey as a Eurovision entry if they insist on getting Irish people’s hopes up every year only to humiliate them.

“Do you want a Dustin? Because not letting us in the final is how you get a Dustin! We could send fecking Beyonce dueting with the reanimated corpses of Prince and David Bowie at this stage and you pricks would still stop us from having a chance,” warned Ireland, as it mused over the potential style, lyrics and staging of Dustin’s return to Eurovision next year.

“You’ve only yourselves to blame now, you’re going to get a singing turkey puppet screeching about breakfast roll inflation in a song called ‘EuroPissing’ or some shite, and we’re going to make it 10 minutes long so you really suffer,” added the nation, not taking any of this far too seriously.

The Irish government has confirmed its intention to use its seat at the UN Security Council to bring up the crimes Eurovision voting nations have subjected Ireland to in recent years.

“We’re vetoing every discussion on Russia until the international community takes our Eurovision woes seriously,” confirmed the government.

Viewers of the song contest have observed that perhaps it was just a case of Ireland’s entry not being strong enough this year and that Ireland is being a bit of a sore loser.

“Sore losers? We’re sore winners, won the fecking thing 7 times and we see it as our birthright to host it Eurovision every second year while complaining about the cost of it,” continued the Irish public, as it began pinning various strands of string to photographs under a sign reading ‘tactical voting conspiracy theories’.