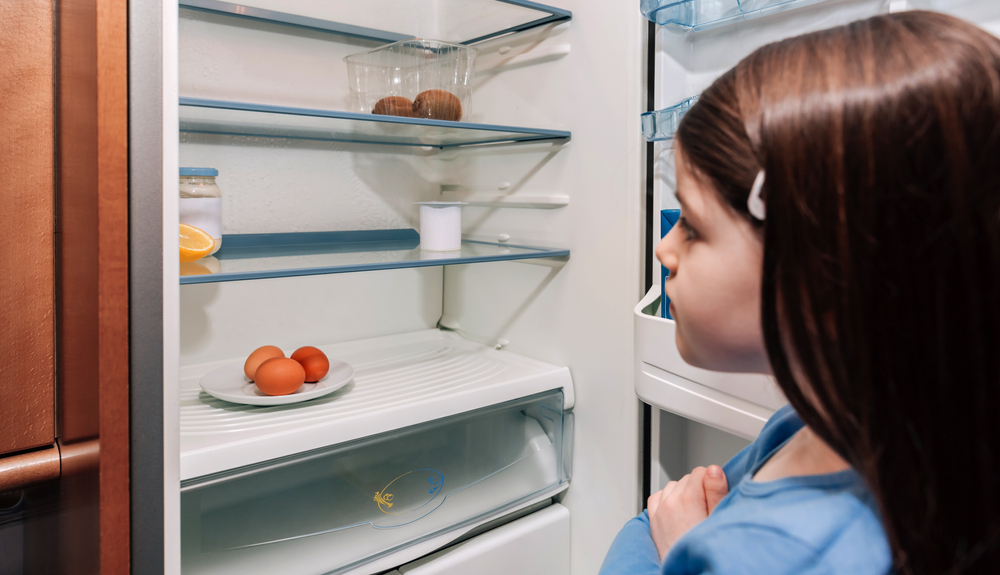 AN EXCITABLE Dublin family feel newly bonded after all getting involved in an online viral challenge sparked by Tánaiste Leo Varadkar.

“It was the kids who heard about it, said everyone was talking about. So we decided to take a picture of our fridge too – it was one less thing they’d miss out on, Christ knows they miss out on a lot. I’ll upload it next week when we get paid and can top up on credit,” said parents Sheena and John Draper, as they showed WWN they’re bare fridge.

‘Meal prepping’ and pics of dinner have become an Instagram staple for the narcissistic and egocentric who frequent social media apps, but on this occasion the harmless photo of the Tánaiste’s fridge was kindly shared by media outlets who knew the public would never respond adversely to the social media postings of a government TD.

“I don’t get the purpose of taking a photo of your fridge, is it meant to be funny? Is it to raise awareness of the over 190,000 children living in poverty?” asked John who insisted we conduct the interview while out on a walk, that way the electricity in the house isn’t being used.

“This is also a good time to nip into a shop and see if they’re throwing out old bread and other stuff,” continued John, who seemed oddly fixated with talking about interest rates on mortgages, fuel costs and car NCTs.

“It’s little bits silly things like pictures of the fridge that keeps things normal for the kids, just keep smiling until they’re in bed, then that’s when you can have you’re worrying time,” concluded John, rudely ignoring follow up questions to instead obsessively check his current account on his banking app.