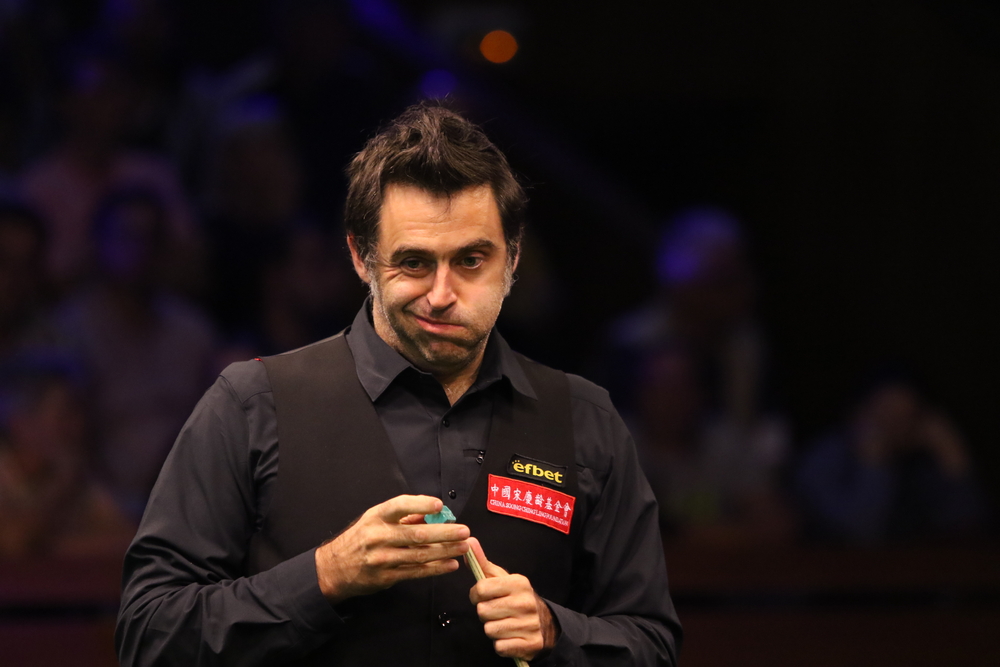 SNOOKER ace Ronnie O’Sullivan has opened up about his record-equaling 7th World Championship win last night as he left The Crucible, muttering something about how it ‘wasn’t a bad weekend’ to reporters as he loaded his trophy into the back seat of his car along with his suit and a pair of runners that he has to take back to JD Sports if he happens to pass one.

The usually reserved living legend appeared quite emotional as he hugged opponent Judd Trump after last night’s clinic of a victory, although it was later revealed the tears in his eyes were just the glacial ice in his veins melting as they reached room temperature.

“Not bad I suppose,” stated O’Sullivan when reminded he had equaled Stephen Hendry’s long-standing record for most Championship wins, before heading off to celebrate by stopping for a Greggs on the way home.

Sources close to Ronnie have stated that although the extremely calm ace may not appear to be ecstatic about the kind of career that players could only dream about, he is in actual fact ‘quite happy’.

“It’s not every year a player wins a World Championship. Well, unless that player is Ronnie,” stated someone who O’Sullivan hasn’t spoken to in 10 years but remains on record as one of his closest friends.

“But rest assured, he’ll celebrate tonight. He’ll head home, put the bins out in case he forgets tomorrow, and have a nice sleep. Just like the all-time greats!”.

Should O’Sullivan break the record with an 8th win next year, sources state that he may actually go so far as to crack a smile.