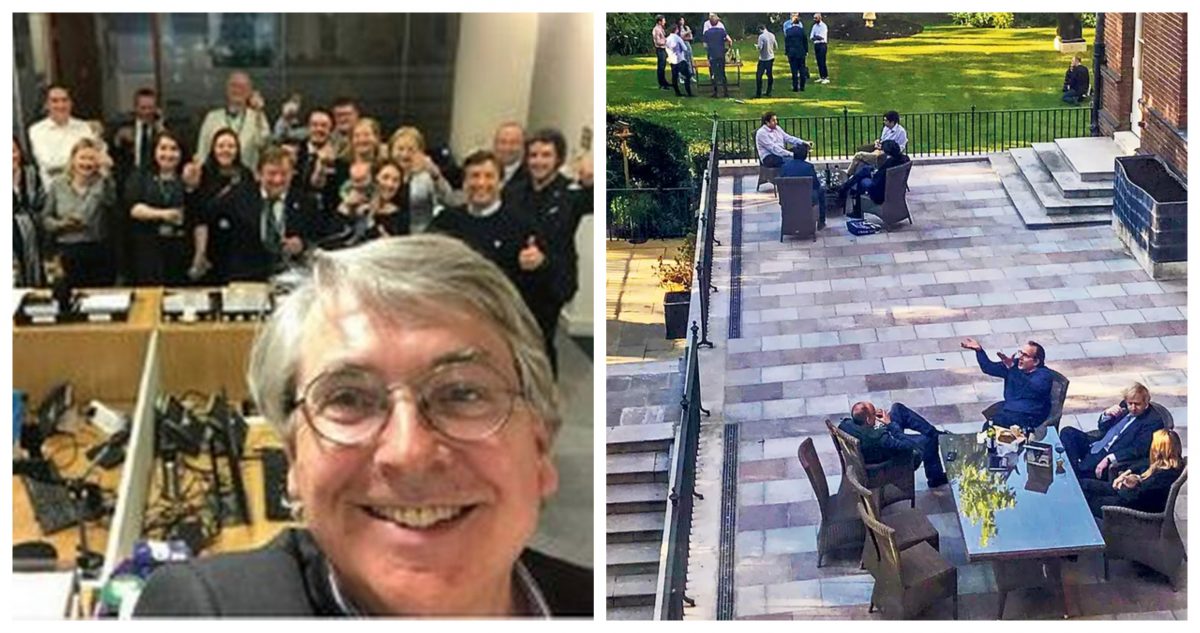 “Outdoors in the No.10 garden, socially distant, full of Tories – so as you can imagine it was shite but the coke was top notch,” confirmed one Downing St party attendee.

“The English had to pay for their own booze at their party whereas we had champers on ice courtesy of the Irish taxpayer – we out toffed the Tories, little old Ireland. It was great even if I’m strictly supposed to say it only lasted 8 seconds and wasn’t actually a craic-based gathering,” confirmed one DFA staffer.

“Normally being at a party with your boss means you’re on edge all the time, but with Boris it’s different, he led the conga line and forced everyone to do shots with him. Although, I ruined a good shirt when he vomited on me while asking me to put on a sexy Thatcher wig,” shared one No.10 staffer.

“What’s the phrase; it’s never a great party until someone gets fired? And it looks like Boris might fall on his sword eventually, whereas the organiser of the DFA shindig was punished with becoming the Irish ambassador to France,” added one DFA attendee.

“Boris kept insisting it was a work event, even when he was climbing a human pyramid in the garden at 3am,” added a Downing St office worker.

“Coveney said he only popped his head in to say hello, which is just as well because he’s that potent a dry shite he’d ruin the buzz in queue for free MDMA at a rave,” concluded one DFA staffer.

Verdict: half the joy of a party is excitedly reminiscing over all the antics, controversy and trouble you got into, so given the giant shrug of the shoulders a clear breach of Covid guidelines at the Irish booze up in the DFA was greeted with and the zero consequences endured we can only conclude that the Downing St session was the superior spit in the face to the general public.