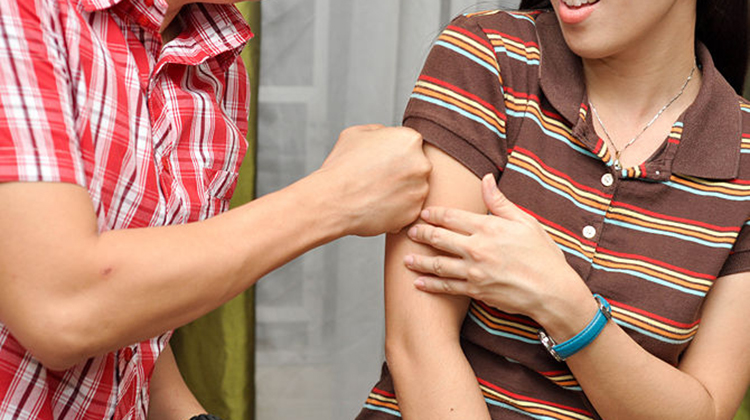 SEPARATED by oceans and the small matter of an ongoing global pandemic, one older Irish brother has confirmed that while absence has made the heart grow fonder he is still obligated to give you a dead arm when he next lays eyes on you.

“Is our mother’s heart broken over the fact her kids aren’t growing up in the same country? Sure, but I’ll still bating the arm off ya kid, sorry not sorry,” confirmed Cormac Fenlan, one of the nation’s older brothers, seemingly feeling like he has no choice but to fulfill his obligations as an older sibling.

Greeting you in the Arrivals lounge in the airport as your eyes began to water with tears of joy, Fenlan’s eye began assessing your arm, Terminator style, for the precise area on which he could cause maximum dead armness.

“Fair’s fair,” Fenlan said, landing a playful yet forceful jab right on the bone of your upper arm which he reasoned was justified on account of distinctly remembering you getting the last of the slaps in when he departed for foreign shores over 1,000 days ago.

Wincing at the impressive ferocity and accuracy of the punch administered by a finely tuned fist, your clear discomfort only served to induce racuous laughter in Fenlan.

“What were ya expecting, a fecking hug? D’ya put on a bit of weight? State of your hair, hope you got a refund, still with the better half or have they seen sense?” Fenlan said, which is all believed to be sibling for ‘I missed you too you great big eejit’.