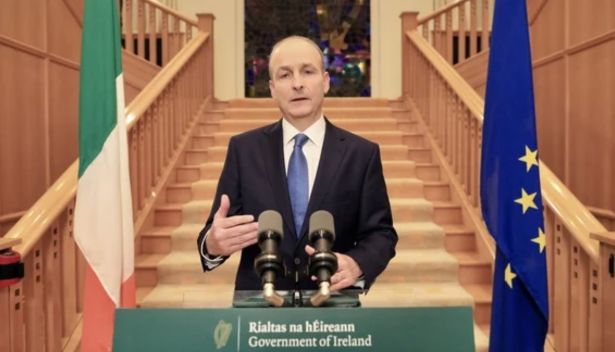 SOMEHOW talking like a Salvador Dali painting being put in a blender, the government reiterated to the public that they are just as angry as the public is at NPHET for being entirely responsible for the coalition’s own appalling efforts at communication.

“Many sad also, but public remember; dancy dancy place close because NPHET do the advice,” confirmed Taoiseach Micheál Martin, outlining his rationale for instituting a ban on NPHET interviews on radio and TV without his prior permission.

When it came to responding to a frustrated public, who constantly learn of half baked updated measures via leaks from cabinet ministers, the government agreed that they can’t believe NPHET did that either. It delivered this communication via wingless pigeon.

“Why NERF IT no good talk with you peoples, all them fault,” added a government spokesperson, finally outlining in the clearest terms that the government claims to have never made a decision during the pandemic.

“But we agree on one thing, air is boring,” added the spokesperson, misunderstanding the universally accepted scientific fact that this virus is airborne so maybe look into providing HEPA filters for schools.

The government added that the public should prepare for the discontinuation of the PUP because there’s no need for it, vilification of ‘lazy workshy people’ and the reintroduction of the PUP at least another 10 times.

“I had precisely zero input in the current public health measures instituted by the government. In fact I regard them as incoherent,” said Tánaiste Leo Varadkar, making the least sense of anyone.