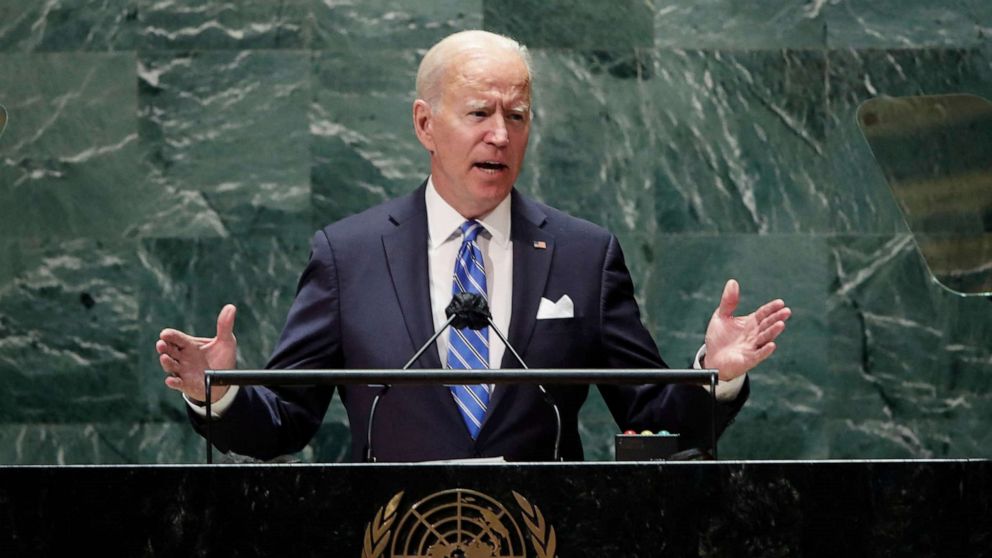 IN HIS MAIDEN speech to the UN as US president, Joe Biden confirmed that the US had hoped to change some hopes and changes while also stressing the need for peace in war zones while not ruling out some war in peace zones which the US historically diametrically opposes.

Cobbled together from a mishmash of previous US presidents’ speeches to the UN, Biden held a piece of patchwork paper, covered in glue and sellotape as he invoked the need for solutions to problems.

“There has never been a more important time to stress how timely it is that we seek importance, for humanity is at a critical juncture in its history which completely unique among previous junctures cited by previous presidents,” Biden opined, stressing his desire to avoid a return to a Cold War.

“The past is the past and thus must remain so as the future is birthed by the bright stars of tomorrow,” he added in the sort words that sounded good until you heard them.

“And yes, there is the threat of Climate Change but there is the gift of a climate of change,” he continued, as onlookers sighed ruefully, knowing such grandstanding failed to do any good when uttered by previous presidents.

Experts said Biden’s speech couldn’t have been a further departure from his predecessor Donald Trump’s first speech to the UN.

“Wow, Trump made all these threats he couldn’t follow through on whereas Biden made all these promises he has no hope of honouring, talk about chalk and cheese,” remarked one expert.

Elsewhere, in a bid to heal a diplomatic rift with France over a nuclear submarine deal with the UK and Australia, Biden pledged to repeal the Bush era law which saw French fries renamed Freedom Fries.