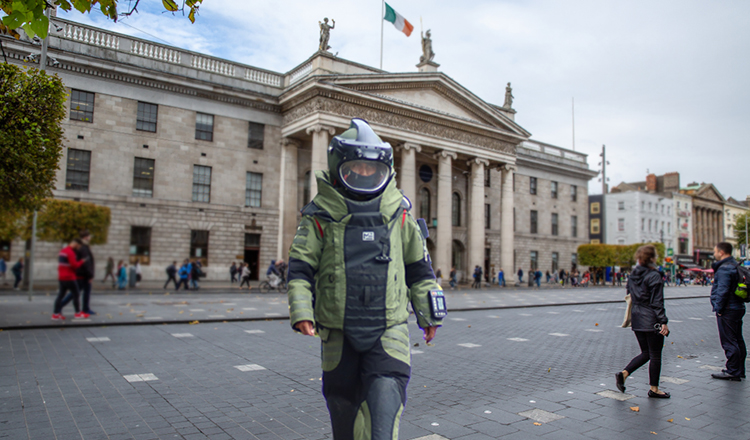 SEVERAL recent doom-mongering posts surrounding the safety of Dublin city centre have suggested that the nation’s capital has been surrendered to roaming mobs of louts, without a single guard to be seen.

Nonsense! The guards are doing a great job and Dublin is as safe as any other town or village, providing you take the following precautions:

Anyone can walk anywhere, providing they can defend themselves. So bone up on some kung fu and you’ll be able to stroll around Dublin without a car in the world! Mind you, the last high-profile victim in an assault case in Dublin was belonging to the Irish Olympic Taekwondo squad, so there are holes in this theory. Make sure you train to be even better than an Olympian, and you should be fine.

It’s a few years of training, but by becoming a member of An Garda Síochána, you can enjoy hassle-free strolls around the city at any time of day or night. Ne’er do-wells know that you’re not going to go near them, so they’ll leave you alone. Mostly. There’ll be a few digs here and there but compared to a normal citizen, it’ll be minimal.

It can be scary walking through Dublin at night, unless you’re the scariest thing there. Become one of Lord Dracula’s army of the undead. Allow him to drink your blood in exchange for immortality, and journey beyond death into a realm where you are safe to stroll up O’Connell Street after dark. Just be sure to get indoors before morning; walking around Dublin in the daytime is way more dangerous than at night.