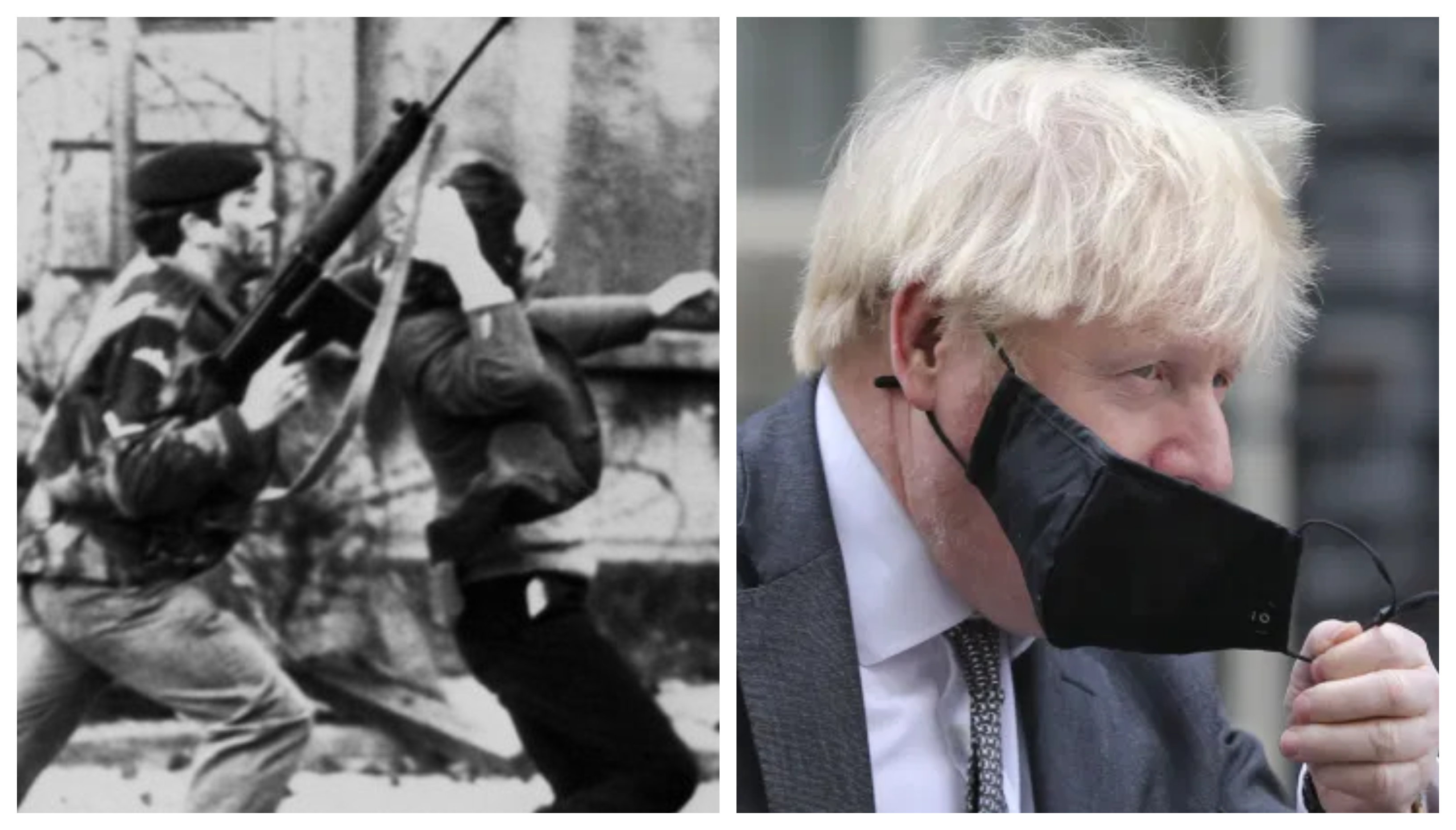 FOLLOWING on from news stories including how their PM Boris Johnson was perfectly okay with the elderly dying, ‘Freedom Day’ lifting of restrictions seemingly designed to kill off the vulnerable, and tests and food running out, the English people are finally getting to sample what it was like to be a targeted Catholic in Northern Ireland during The Troubles.

“That sense you have that every policy undertaken by the government feels like they’re actively colluding with Covid-19 to kill you and stamp you out? Well now you know the feeling,” remarked one Northern Irish Catholic, whose decades long pleas for successive Tory governments to end the British state’s collusion with murderous terrorists and paramilitaries fell on deaf ears.

The Johnson government’s well documented callous and sociopathic decisions on combating the pandemic have come to be known as an omnishambles of a clusterfuck which has grown into an acockcalypse of twattish proportions. And now, English citizens can say beyond reasonable doubt they have an inkling of what it’s like to wake up everyday under the presumption the government is trying to kill them.

“I was never really big on finding out what that whole North Ireland thingy was. This is a perception altering experience, but I’d have liked to gain a greater understanding of how a callous and inept State plotted to murder innocent civilians without having to go through it myself” offered one English person, exhausted from the daily gaslighting and nefarious underhanded decisions about Covid policy which always seem to be ‘pro-death’.

“Yes this ‘Freedom day, piles the bodies high, they’re only 80 they would have died anyway, why bother feeding hungry children, oh wait the shelves are empty anyway thanks to Brexit’ vibe is quite reminiscent of the contempt with which the Tories greeted the ongoing breathing of Catholics in Northern Ireland. Oh well, best of luck,” shared one policy expert.

Elsewhere the Tories have vowed to take ‘The Troubles approach’ to any inquiries into their culpability in deaths with Covid by attempting to seal away any reports for decades.