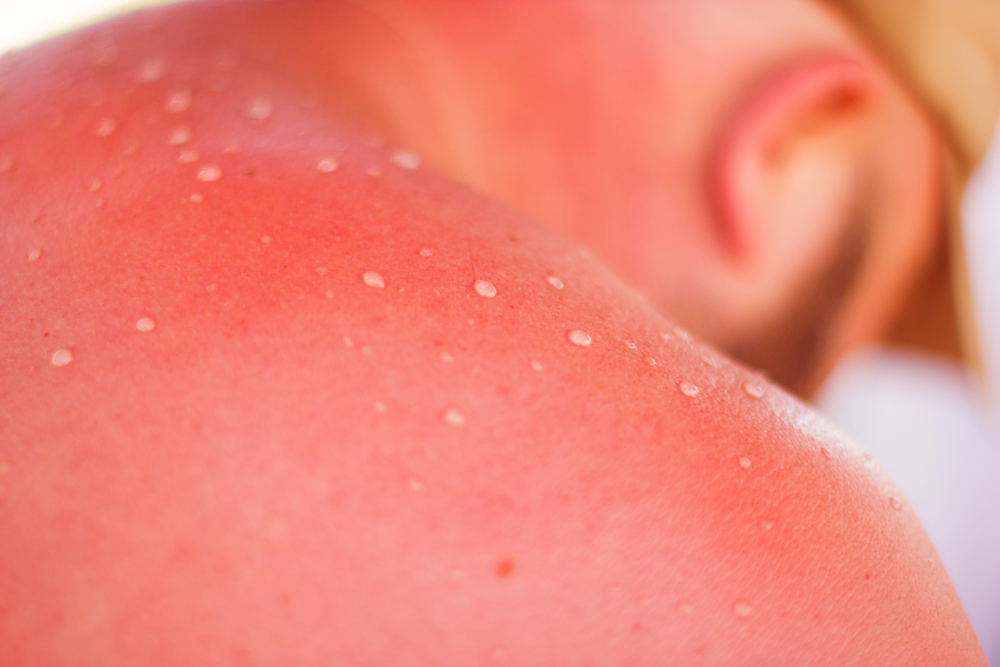 SUNBURN is no fun. Most of us know that unmistakably intense pain and irritable itchiness, but you don’t have to suffer through it. WWN has collated a number of simple homemade remedies passed down through the generations which are designed to help us Irish, a people paler than the translucent fish that live in dark beneath the Mariana Trench:

Grab a cheese grater and dampen it with a soft cloth. Sprinkle about 5 tablespoons of sea salt onto the grated edges and then run grater along the affected area for 1-2 hours until sunburned skin is completely gone.

Build a time machine to travel back in time to slap yourself in the face. It’s not like you haven’t had a enough warning about the hot weather you tomato skinned eejit.

Raid the factory where they make after sun and jump head first into the giant vats in which it is produced.

Set yourself on fire to cool down.

Place cucumber slices and cold tea bags on the effected areas because you don’t already you ridiculous enough you pulsating strawberry of a human.

Take multiple cold showers. Not for the pain relief, the water should be load enough to drown out your screams of ‘why didn’t I wear enough sun cream? Why!’.

Punch anyone who says ‘you’re a bit red there’, this is among the most soothing of pain relief methods.

Apple cider vingear, essential oils, witch hazel… that’s right, all the stuff you used to mock as a bunch of nonsense, now look at you, showering in the stuff. You’ve been burned by your own hubris – and the sun, in fairness, it fucking fried you like an egg.

Plant some Aloe Vera seeds in some soil, also bury yourself and fuse with the plant as it grows. You won’t have to endure the ill effects of sunburn if you’re at one wit the plant.

Empty your fridge freezer of all the ice and then get in and live there until the searing pain is no more. Bonus: it’s only €1600 a month rent to live in and marginally bigger than your average bedsit.

Yogurt is an age-old solution to sunburn. Simply stay at home and eat yogurt instead of going outside.

Lucky enough not to be sunburned but hate missing out? Replicate the look of sunburn without the risk of skin cancer by getting your friends to slap the fuck out of your bare torso.

Rock yourself back and forth as you cry and repeat “it’ll be nice when it turns to tan”.