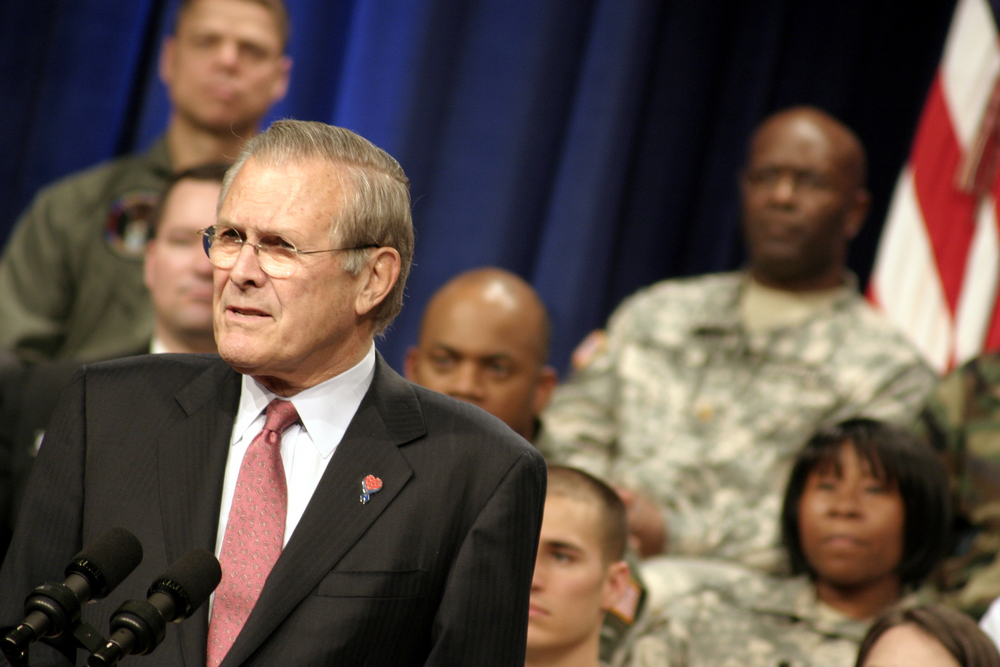 DESPITE little to no evidence that such a thing is possible, leading figures within the CIA have insisted that former secretary of defence Donald Rumsfeld is currently in heaven following his permanent neutralisation at the age of 88.

“Just as Mr. Rumsfeld was confident that Iraq had weapons of mass destruction, we are confident that he has gone to his eternal rest in the glory of Heaven” stated a CIA spokesperson today, with authority.

“We are certain he is not in hell, as there is no evidence of that area being rich in any sort of fossil fuels. And yet still, there are many unpatriotic Americans who believe that the murder of almost half a million Iraqi people would be something God would even consider when deciding who gets into Heaven or not. God wouldn’t consider that kind of death count to be anything in light of the security and wealth it brought to the US and her allies”.

Meanwhile the UK government has announced that if the CIA says Rumsfeld is in Heaven, that’s good enough for them, despite an incident where a respected heavenologist outlined reams of data proving that Rumsfeld was nowhere near the place, before subsequently killing himself out of nowhere.