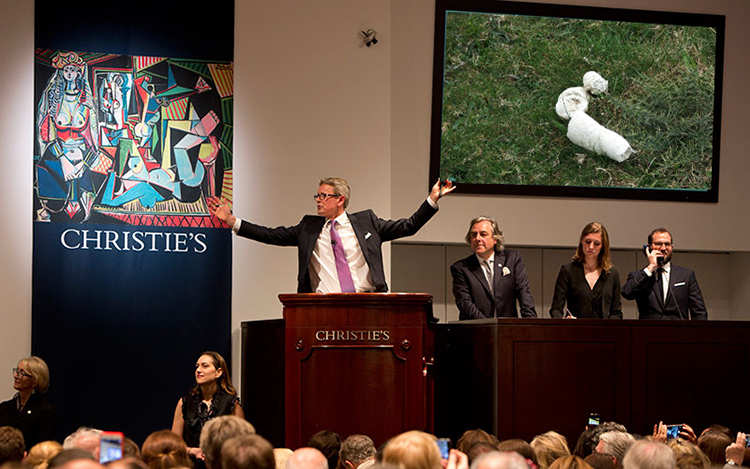 DESCRIBED as ‘a modern relic’, an 8 inch curl of white dog poop has been sold to an anonymous bidder for just over 8 million euro, making it the most expensive faeces in history.

Bumping off the previous record of 6.7 million paid of a curl of dinosaur poo by Nicholas Cage when he was ‘on one’ in the mid 2000s, the bleached-white doggy doo was expected to reach a high figure due to the pristine condition of the poop and the rarity of the substance these days; but even senior excrement experts are flabbergasted at the record price.

“Once dogs started getting actual nutrition in their meals, the phenomenon of white poop disappeared,” said Dr. Heindric Hallibuton, the senior poopologist who was brought in to verify the legitimacy of the record-breaking dump.

“So it was a huge surprise to see a perfect example of it. The person who brought this to us said he found it in a doggy poop bag that someone had left on a railing – a curious thing for someone to do, and a very costly one at that!”.

Meanwhile, people all around the country are kicking themselves after learning that they could have had millions of euro in the bank if only they’d had the foresight to hang onto their dog’s leavings.

“I must have washed a billion quid’s worth down the gutter with the hose,” sobbed one Waterford man we spoke to, as his pet Jack Russell did yet another useless regular brown poo on his neighbour’s lawn.