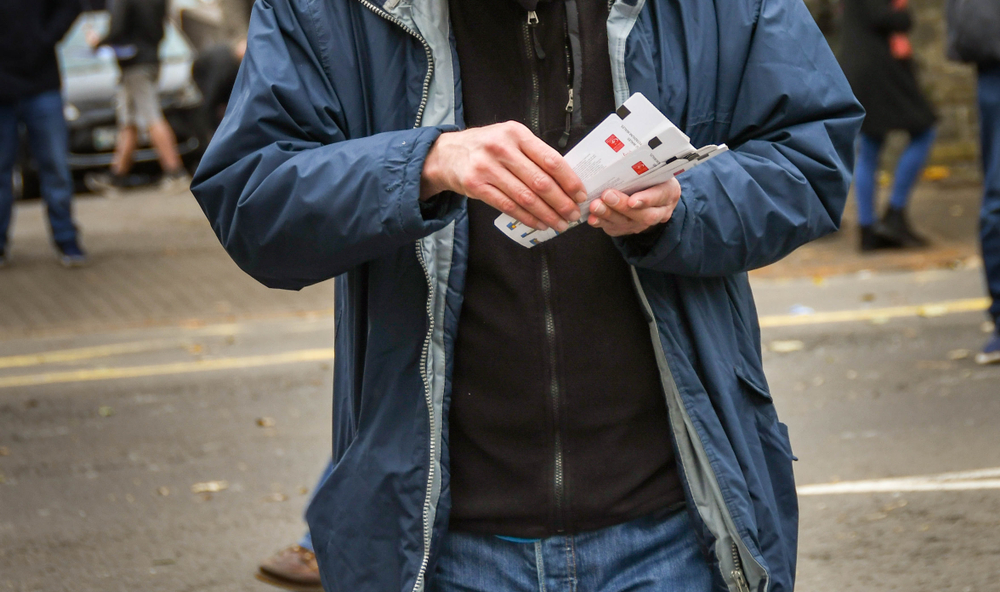 INTERESTED in heading to see the Tánaiste bring forward legislation aimed at eliminating ticket touting during a cabinet meeting today? Local tout Marcus Lenlan has you sorted, and because you look like a decent sort, he’ll do you a bit of a deal.

“Last of the tickets to the cabinet today, last of the tickets” said Lenlan quietly to passers-by, promising premium seats for only a hundred quid, sure that’s not that much above face-value and well worth it.

Although the proposed bill jeopardises his livelihood, long-time tout Lenlan is optimistic that the legislation will contain enough loopholes to allow him to continue to work, and that he’ll be able to continue to provide a service to the community.

“I know the government would like the big ticket companies to be the only people that can gouge fans, but people like me will always exist” said Lenlan, offloading the last of his tickets to some hardcore legislation fans.

“And as far as I’m concerned, if people want to pay huge sums of money to attend events, that’s their business, not the governments. Rest assured, if I was paying tax or party contributions, they’d leave me alone”.

Meanwhile the Tánaiste has stated that the bill is essential at the minute, and there’s absolutely nothing else in the country right now that needs his attention more.