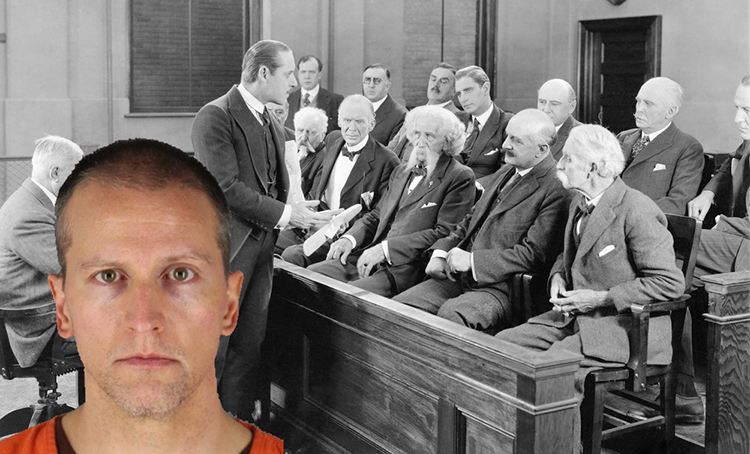 THERE has been a fresh twist in the trial of Derek Chauvin, the former police officer charged with the murder of George Floyd, after his defence team moved for a mistrial and the swearing in of a new jury.

Defence for Chauvin sought to alert the judge to a creeping sense that there was a clear ‘bias’ among the current jury as they appeared the type to judge all men equally, with one lawyer stating the jury likely to possess a contemporary attitude towards the victim, his humanity, and the circumstances of his murder on account of their living in 2021.

“We ask your honour to accede to our request to have the defendant judged by a jury of his peers and thusly, we see no other option than to swear in a jury from 1952. Alabama, if we could proffer a switch in location too, but if the judge sees fit to swear in a 1930s or 1850s or even 2016 jury, we may be open to it,” shared one attorney part of Chauvin’s legal team.

Further elaborating on what it described as an ‘untenable insistence’ that the jury should process and absorb the evidence like their client’s innocence wasn’t a foregone conclusion, on account of the race of the victim, rendered the trial ‘a farce’.

“Your honour we only ask that the judge allows for an ‘originalist’ reading of racism, how is our client’s behaviour which is rooted in the 1950s expected to be understood, if no one currently living in the 1950s is on the jury? We motion for a mistrial immediately,” added the attorney.

The defence team also asked that a new judge be assigned to the trial, preferably one who is going to be late for his tee off time at his local whites only golf club if this thing isn’t rapped up quickly.

“Such a judge should still be easily procured in 2021,” concluded the attorney.