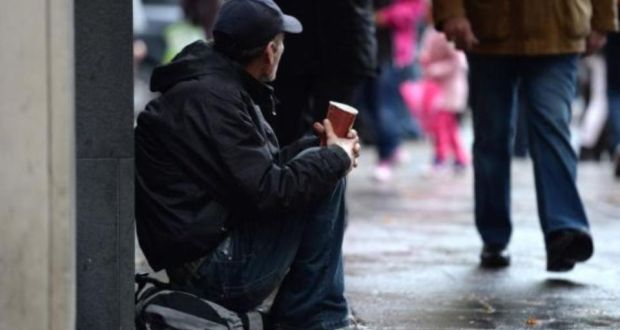 FRESH on the heels of confirming its support for the FAI’s joint bid with the UK to host the 2030 World Cup the government has already set about clearing unsightly tents and homeless people from the capital’s streets lest FIFA catch sight of them on a surprise visit.

Ireland also went ahead and announced its intention to pursue a bid for the 2030 football World Cup without notifying the GAA, whose stadiums will be needed if games are to go ahead in Ireland, a sure sign that this plan is set to be an unbridled success.

“I am loco for the footballing so I am, we’ll ‘put pressure upon them!’ as the famous Charlie Jackson said all those years ago at Italia nine tees,” confirmed Somehow Junior Minister for Sport Jack Chambers in a media address staged at the only spot in the capital city you can’t trip over a homeless person.

As part of the bid the government has confirmed it will release all available funds to make hiding homeless people possible while presenting Ireland as a modern country that doesn’t have any of that ‘nasty stuff’. Sadly the government fears it will not be able to meet its 2030 target of turning every Irish person into a hotel in time for the tournament.

Unlike the Qatar 2022 World Cup, it is believed the UK and Ireland joint bid will fall someway short of the 6,500 migrants labourer deaths as was achieved by Qatar since it was awarded hosting duties thanks to a series of bribes to FIFA executives, but it is not thought these deaths are a central requirement sought by FIFA.

“We’ve changed as an organisation since then,” confirmed a FIFA spokesperson, “you can’t bribe us directly into our bank account anymore, you have be a lot more subtle and careful with it; potential bidders you have been warned!”