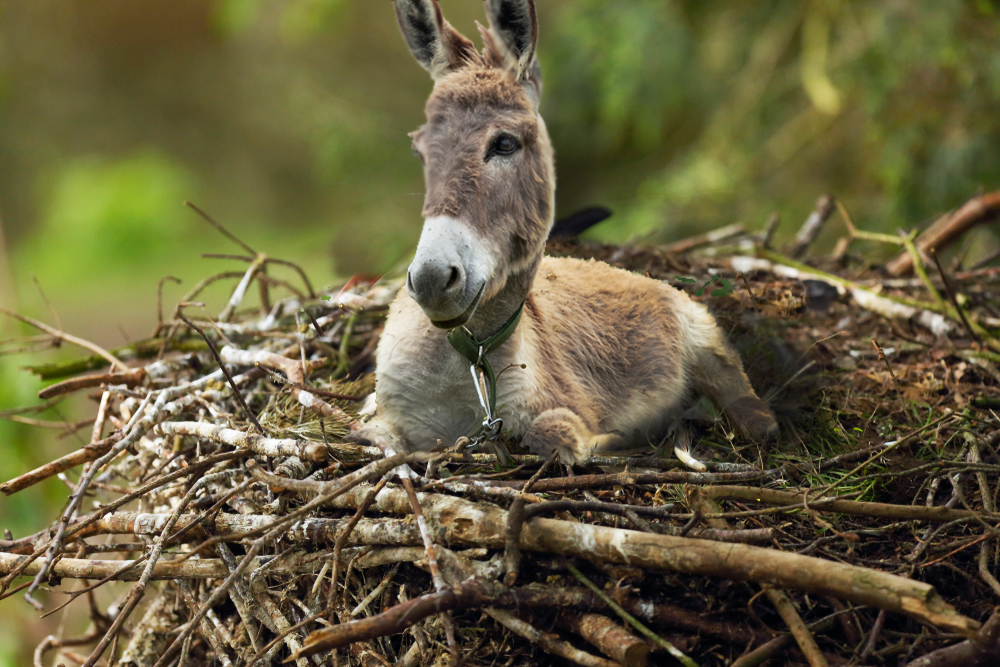 WILD donkey nests are said to be almost near extinction thanks to illegal year-round hedge cutting with the government issuing a reminder that hedge-cutting is banned from today until the end of August to protect such wildlife during nesting season.

It is estimated that wild donkey figures are down by almost 78% since 2011 due to landowners trimming hedgerows during the spring and summer months, thus destroying donkey eggs and exposing nests to predators such as land eels and egg sucking spider toads.

“We’re seeing fewer wild donkeys nesting in ditches now than ever before and people hedge cutting are the main culprits to the dwindling figures,” a spokesperson for the Irish Wildlife Association barked today, “donkey nests are surprisingly hard to see but during nesting season the donkeys can be easily heard braying constantly as they incubate their eggs”.

Animal welfare experts have advised anyone who may have come across a donkey eggs in a nest while trimming a hedge or ditch to be incredibly careful as donkeys have been known to attack intruders.

“Contrary to what people may think, wild donkeys are actually extremely dangerous animals capable of kicking an adult sized human to death in as little as 2.8 seconds,” a wild donkey expert explains, “if you’re approached by one just drop face first to the ground and roll slowly away from the donkey while singing the words to the Macarena – donkeys absolutely hate the Macarena”.