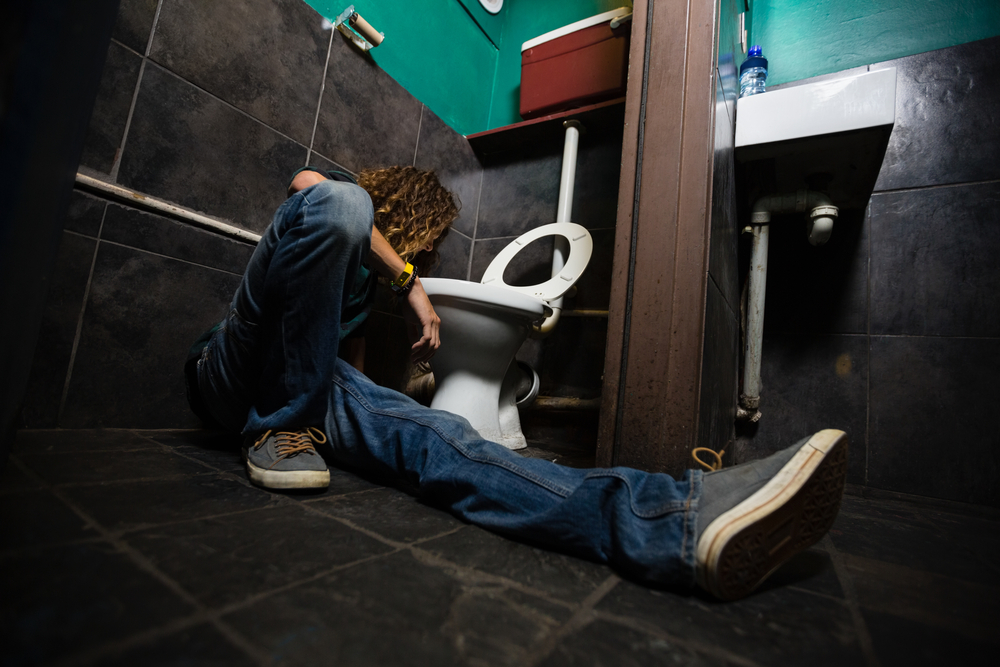 A MISSING Westmeath man has been found alive but disorientated in the disabled toilets of a Temple Bar pub, having gone on ‘an unmerciful session’ the week before St. Patrick’s Day and fallen into a 9-month drink coma.

“He’s confused, he’s hungover, and he says his arse is very cold” said a member of the emergency services who helped rescue Donal Kilmartin, after cries for help were heard emerging from inside the Hairpin Basket pub in Dublin’s once-bustling party centre.

“It’s all the typical ‘fell asleep on the toilet after a session’ injuries you’d expect, but with the added long-term effects that you’d get from being in a drunken stupor for nearly a year. Mr. Kilmartin is like a lot of these culchie lads in Dublin for a night out; they just can’t seem to handle it”.

Kilmartin, last seen on the night of Saturday March 14th ‘heading for a smoke’, explained to paramedics that he had priors when it came to falling asleep in pub toilets, and when no bouncers came to throw him out or no staff members woke him the next morning, he just assumed it was all the one night and dozed on for months.

“He was completely unaware that the government had shut the pubs the following day due to Covid-19, and the drink in his system combined with big Taco chips he had earlier in the night sustained him until today” said Kilmartin’s wife to WWN.

Meanwhile publicans are being urged to check their toilets for anymore missing culchies, should they ever be allowed back on their premises again.