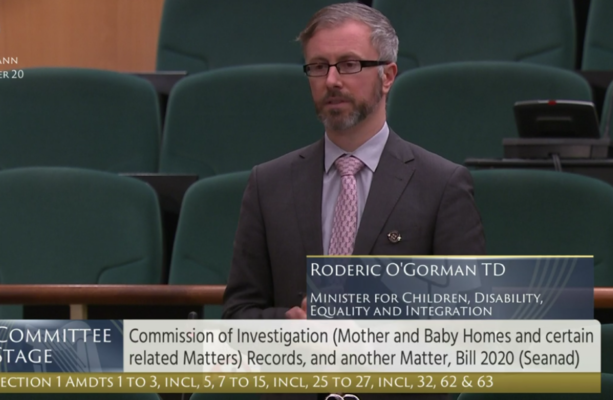 A DISTRAUGHT Green Party are today desperately seeking assistance from anyone who can help them track down their fellow party member Roderic O’Gorman, who was spirited away from them in the middle of the night without so much as a goodbye, to go live with a richer progressive political party in America that can take care of him.

The Greens, considered a ‘fallen party’ after going into government with two other parties who are yet to receive any sort of punishment, scrutiny or blame, issued pleas to deaf ears about their missing Roderic.

“Sure, what do they want him back for, they can always just have another,” said one disinterested passer-by.

“Look, he’s away off to a better life, they should be happy for him and just get on with their lives, don’t be making a fuss about it. It’s not like it’s human trafficking or anything,” said another.

“Well look, if they wanted to keep him they should have waited until they were in a majority government, instead of going into power with everyone left and right, I’ve no sympathy for them”.

Adding insult to anguish, the Green Party have been informed that any information surrounding the disappearance of Roderic is to be sealed for the next 30 years, with many wondering if they’ll even live that long to see justice for their plight.

“They didn’t even put his name down on the form properly, they just put ‘Green TD’ as if he didn’t matter” sobbed a spokesperson for the Greens, as the public began to lose interest in the case, leaving the Green Party to vanish into the footnotes of Irish history, a blemish on our past that we don’t talk about any more.