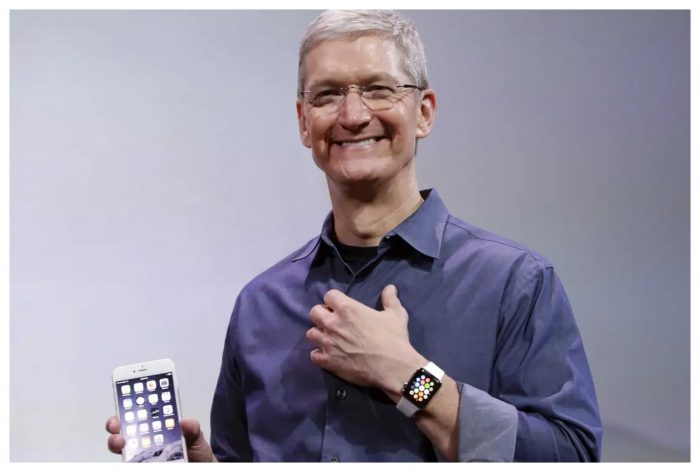 IN an unprecedented move set to send shockwaves through the very fabric of space and time, Apple are set to announce a new iteration of their iPhone later today, with speculation running rampant as to what this means for those of us who rely on the device for our daily dose of self-worth.

Although the company are remaining tight-lipped about the features of the new phone, we’ve been able to pry the following details out of our sources:

– The iPhone 12 will be the first model to activate the patented Apple Shitshow™ in even the most recent iPhones, causing overnight battery degrading and apps to ‘peace out’. This feature normally only affects older iPhones in a bid to prompt users to upgrade to the newest model, but the iPhone 12 will trigger it in even the latest iPhone 11 that you bought last year; something that industry leaders are calling ‘a breakthrough’.

– It is believed that the iPhone 12 will come with a camera that is so advanced, even seasoned photographers won’t be able to understand half the terms used to describe it. Early descriptions speak of ‘edge distortion balancing’ and ‘factor 11 quasi-aliasing software’ which many believe may actually just be bollocks, but Apple insist that the technology is not only legit, but mandatory for any half-decent selfie from here on. “It’ll make all other photos look like they were drawn by a sheep holding a crayon up its arse”, so we’re told.

– After finally accepting that making phone calls is no longer something people do on their phones, Apple have ditched the pointless and outdated ‘phone’ aspect of the device. ‘When was the last time you actually answered a call?’, a source mused.

– Accepting that people now largely use their phones to access dreadful news and opinions on social media, the iPhone 12 will utilise a revolutionary AI filter that learns what you fear the most, and present news and posts about that exact subject early every morning and late every night, to ensure you remain in a state of high anxiety at all times!

– This will be the first iPhone developed and brought to market without a fatality!