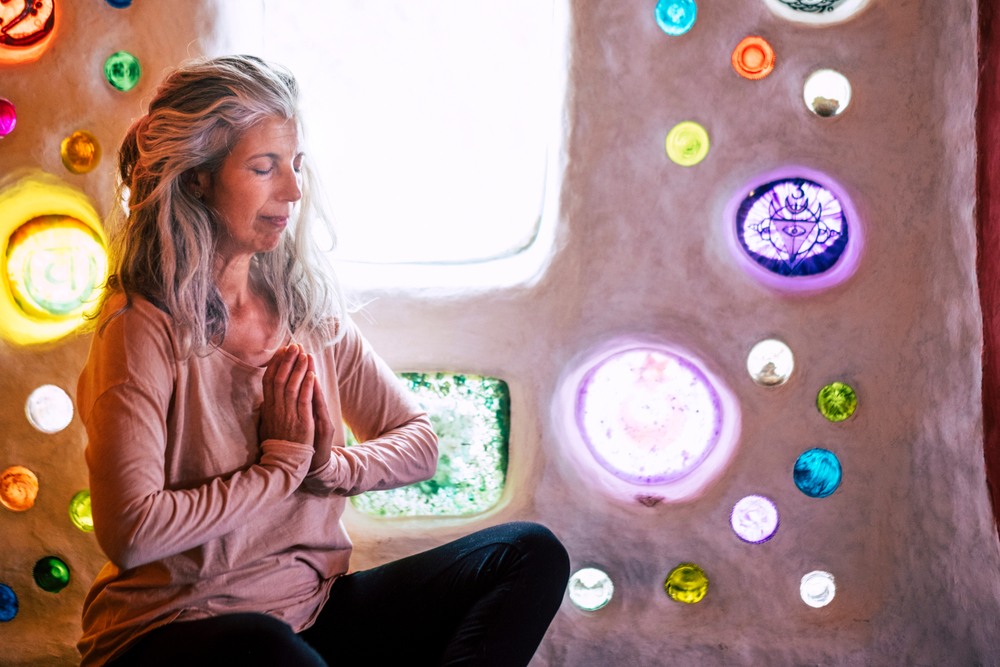 NOT CONTENT with having just one guardian angel by her side, local alternative medicine dose Heather Partridge has claimed that a multitude of celestial beings are looking after her after successfully avoiding a minor road traffic accident, WWN has learned.

Barely missing an oncoming car while texting a friend, Partridge swore to family members and anyone who would listen to her that she was somehow ‘blessed’, escaping certain death and proving once again how special she must be.

“My angels are looking after me, otherwise I wouldn’t have heard the car beeping and flashing its lights at me for being on the wrong side of the road,” the 53-year-old said recalling the incident, desperately trying to convince herself that she has a greater purpose in life, “it was divine intervention and only for they were looking after me I’d be stone dead”.

Citing a small collection of healing crystals hanging from her rearview mirror as another possible reason for her miraculous escape, Partridge speculated that the €4.99 rose quartz may have also played a part in keeping her on earth.

“The crystals may have channeled all my angels at once forcing them to drop whatever they were doing and save me. It’s probably not my time yet and I have a lot of work still to do here,” concluded the unemployed actor, artist, singer, dancer and faith healer, “God and his angels obviously have big plans for me”.

UPDATE: Heather Partridge was tragically killed after being struck by a truck while failing to look up from her phone crossing the road, presumably while her angels were on lunch.