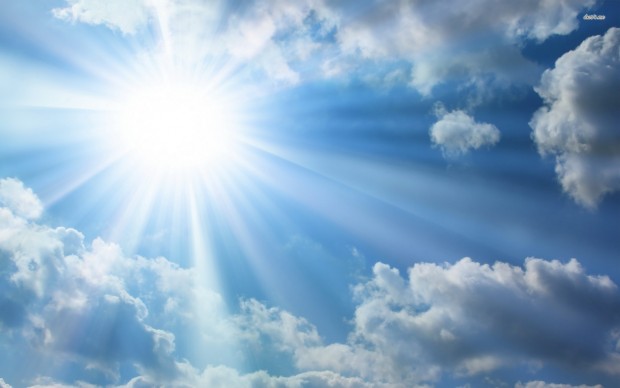 LIVID with the sudden arrival of what meteorologists are calling an ‘Indian Summer’, hundreds of far right leaning campaigners have called for a protest to take place outside the GPO at 3pm today, calling on the Department of Education to intervene against the ‘unwanted weather system’.

“Irish Summers for the Irish only,” insisted protest organizer and online video man Ronan Coward, before asking loyal viewers to buy an ‘Indian Summer Out’ mug for €19.99 and to pay through Paypal as a friend to avoid being flagged by revenue.

There have been calls for weather checks at Irish borders, but protesters curiously had no issue with being battered by westerly winds coming across the Atlantic from America.

“They’re trying to replace our own summer with theirs – it’s time the people woke up and stopped India’s migrating weather from coming here and burning up all our lovely Irish green grass,” voiced another self-proclaimed Irish patriot, mistakenly assigning the South Asian country as the source of the weather.

Much like Irish Summers, an Indian Summer is a period of unseasonably warm, dry weather that sometimes occurs in autumn in temperate regions of the northern hemisphere, coined in the late 19th century and referring to Native American Indian observations of a late summer.

“I don’t bleedin’ care which Indians it is an’all, they’re not taking over our summers, especially in the autumn,” replied one anti-Indian Summer campaigner, frantic with rage, before dousing himself in flammable liquid and setting himself alight. “Argh, look what they’ve made me do… argh”.

Many patriots have said they will be refusing to open the curtains in their homes until they could be guaranteed the miserable Irish wind and rain was back in the sky.