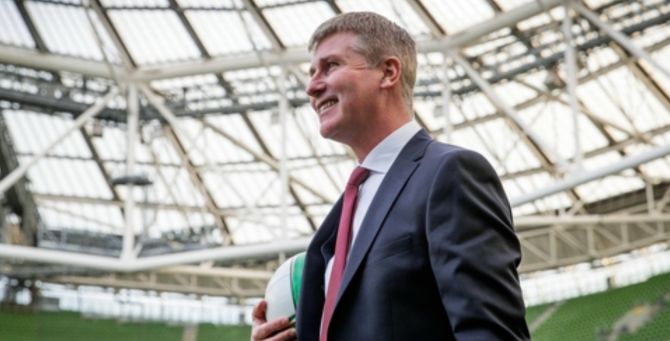 A PASSIONATE fan who backs the national team through thick and thin has warned new manager Stephen Kenny that if Ireland aren’t pressing like maniacs, showcasing exceptional technique and blistering pace on the counter-attack within 30 seconds of tonight’s game against Bulgaria he should resign on the spot.

Kenny’s elevation to the top job in Irish football has brought with it debate about the need to instill a more ambitious style of play and football philosophy, absent from the Irish national team since early 324BC, something die hard fan Noel Hogan is very open to.

“Mr League Of Shiteland coming in here expecting to tell the Premier League players we have he knows better than them? Let’s see what you’ve got,” offered the always positive Hogan, who isn’t quite ready to let go of the style of football that saw Ireland struggling to create goal-scoring opportunities against Gibraltar.

“I’ll back any manager to the hilt but if Shane Long isn’t transformed into Kingsley Coman on speed straight away he should be sacked,” added Hogan, who is patient enough to demand instant success before hitting the roof and moaning on every social media and football forum known to man.

Now clutching his framed photo of Mick McCartney tightly to his chest, Hogan, using the barometer of ‘I’ve never heard of him so he must be shite’ reaffirmed his open-minded support for Kenny.

“When we just hoofed it I defended it for years ‘cus managers said we were absolute dog piss anyway, but in comes Kenny all ‘let’s try passing the ball’, alright so, instant tiki-taka or fuckey-offy pal,” concluded Hogan, of Best Fans In The World fame.