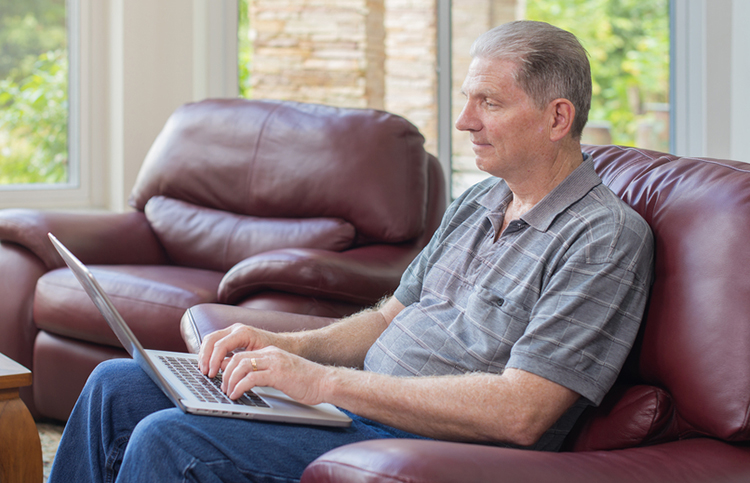 LOUNGING on the couch of his state sponsored home, local dad and disability beneficiary Pádraig Ó Murchadha posted yet another comment under a national newspaper article, hoping someone would take the bait so he could tuck into another rehashed and poorly thought out conversation about migrants, WWN has learned.

Citing a series of unrelated social and economic problems centred around a growing class of disadvantaged citizens, Ó Murchadha broke the literary mold with his old reliable go-to phrase.

“What about our own?” the great-grandson of 8 wrote, unaware 3 of his great grandparents were Irish immigrants who fled for a better life, “there are thousands of homeless on our streets, we need to look after them first,” he added, also unaware that over 30% of ‘our own’ were actually foreign nationals who fell through the same broken system Direct Provision shared.

Making sure to have his voice heard in a public arena that would be read someday by his own great grandchildren in 50 years also sharing an interest in their ancestors, Ó Murchadha continued his now published tirade despite advice from family members.

“Dad, you do know everyone can see your comments on such articles and tweets – you’re basically publishing like a newspaper would publish and it stays there forever,” daughter Hazel Murphy rightly pleaded, now worried about what friends and colleagues would ever say if they read her father’s racially motivated rants.

“What do I look like, made of money? I know exactly what that lot would spend it on,” confirmed Ó Murchadha when later asked by his daughter to sponsor her for a charity run in aid of the homeless.