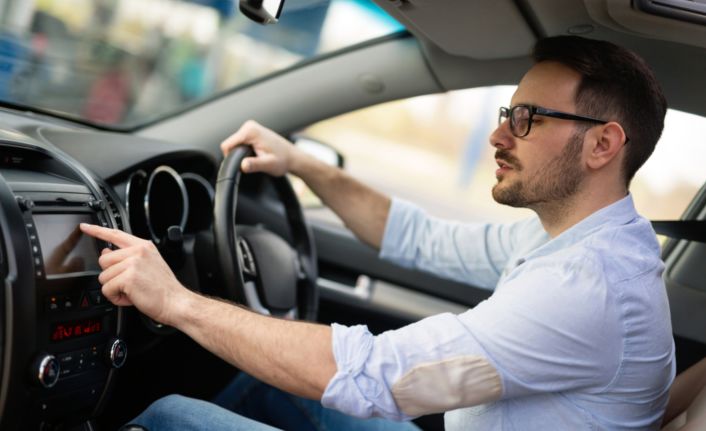 SOME HAVE said it simply can’t be done and that undertaking such an arduous and energy sapping task would drive any person to the brink of insanity, however, one local Waterford man will not stop until he lands on a radio station playing what he has described as ‘decent music’.

Through the onslaught of falsely chirpy presenting duos, passed the crowd of repetitive ads with grating jingles and beyond the usual hot spots on the dial, Ronan Kellan (25) won’t take no for an answer, as he stubbornly fine tunes his car radio.

“Hang on, hang on, I thought I heard something there,” a frankly now insane looking Kellan relayed to WWN as he pressed his ear right up against his car speaker as he waited for a green light at a busy city crossroads.

“Shush, shush, shut up,” continued Kellan as WWN thought to raise the existence of music streaming services that allow you to choose your own music or podcasts for playing, “shut up, seriously, I think I hear one of the 17 or 18 songs recorded throughout human history that I can actually stand”.

A false alarm, only static. Kellan cursed his way through the same channels again and again, only taking a brief respite to remark ‘that lad is a right fucking eejit of a DJ, does my head in’.

As Kellan, a pale and agitated mess, continued his frantic search WWN thought to probe further and ask a question we weren’t sure we wanted the answer to as we fully took in our surroundings and the stench of urine and shit for the first time.

“Ronan, how long have you been here in the driver’s seat of your 1992 Toyota Corolla at this t-junction?”

Kellan, dressed in a Nirvana t-shirt and check shirt, seemed so intensely focused on the task at hand that he could only give us a dismissive response.

“Well, let’s see, I got this brand new 92-W reg car last week, and Albert Reynolds has just succeeded Haughey as Taoiseach, so I’d say I’ve only been searching the radio for about 10 minutes tops,” 53-year-old Kellan responded.