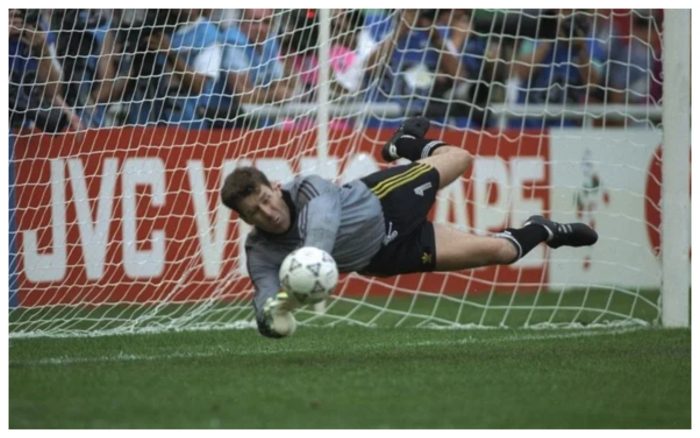 CAN YOU believe it’s 30 years since Italia ’90 was staged? Arguably Ireland’s finest sporting moment on a worldwide stage, the little talked about event has now finally been revisited for probably the first ever time by Irish people.

As part of our bumper Italia ’90 anniversary coverage which includes 9,000 articles and a 4 hour documentary about the material Ireland’s shorts were made from, WWN Sport hears from the people most directly affected by the tidal wave of nostalgia; those who were either too young to remember or born after the tournament itself and honestly don’t need to fucking hear about it again and again and again.

“I just wished more people talked about Italia ’90, it’s like there’s some sort of silence placed over us Irish people – why does no one talk about it? This is the first I’m hearing of it anyway”. Elaine, 34.

“Yes mam, I know I was conceived directly after Kevin Sheedy scored against England. Yes mam, I have a fair idea why I’m called Kevin. Yes mam, you’ve told this feckin’ story before”. Kevin, 31.

“Ole, Ole, Ole, Ole, Ole, Ole” Michael, 59, who was hit on the head moments before Ireland kicked off against Italy in 1990 and as a result lives his life, groundhog day style, stuck on a loop and trapped in Italia ’90 forever.

“And the team had an audience with the Pope in Rome, that’s mad. What did he say when the lads asked about clerical abuse? Oh yeah? Thought so”. Gavin, 32.

“And you could get away with a nickname like Packie back then? Ha, mad stuff”. Brian, 26.