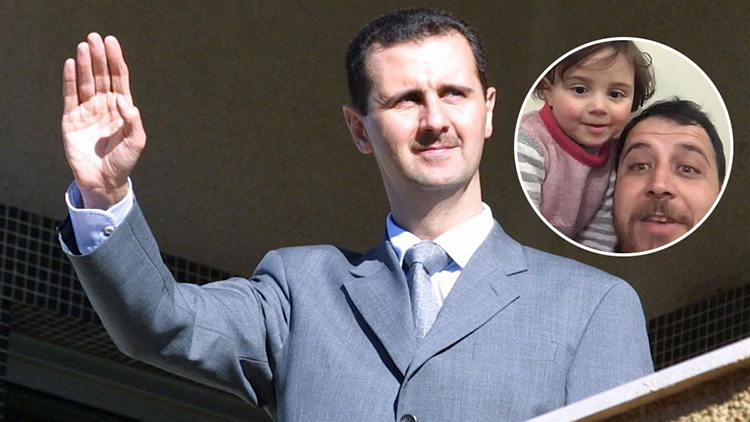 WERE you one of the hundreds of thousands of people who were moved by the story of 3-year-old Salwa Mohammad this week, after her father Abdullah posted a viral video of her giggling with glee as missile strikes rained down close to their house? Well, you weren’t alone; the Syrian government announced today they’re going to keep Salwa laughing with plenty more airstrikes very soon.

The Mohammad family, forced to flee their hometown of Saraqib following a fresh push by the Russian-backed forces of Syrian president Bashar al-Assad, hit the headlines after Abdullah’s video showed how he had taught his daughter to use laughter to cope with living through the Syrian war, which is still ongoing, apparently.

One of 900,000 displaced Syrian citizens in the Idlib region of the country, Salwa’s laughter served as a wake-up call to the Syrian army that there were still some of its own citizens it hadn’t killed yet, prompting the regime to launch what it called possibly its ‘funniest airstrikes ever’.

“Here’s a little girl who has been taught to cope with the noise of exploding bombs with laughter, so who are we to deny her a chuckle?” read an official statement from Damascus.

“To be honest, we were kinda worried that the next Syrian kid that trended on the internet would be some horrific footage of a hospital we bombed, or us using our ‘secret bombs’. So we encourage Salwa to laugh as much as she can over the next little while, because we intend to finish this thing pretty sharpish now that we’ve got a clear run at it with nobody really paying much attention to us”.

Parents around the world can follow the Mohammad family’s example when it comes to explaining the horrors of war to their kids, and should your children ask why the world is standing idly by as thousands of innocent Syrian families are being bombed, just tell them it’s Call Of Duty or you can click HERE.