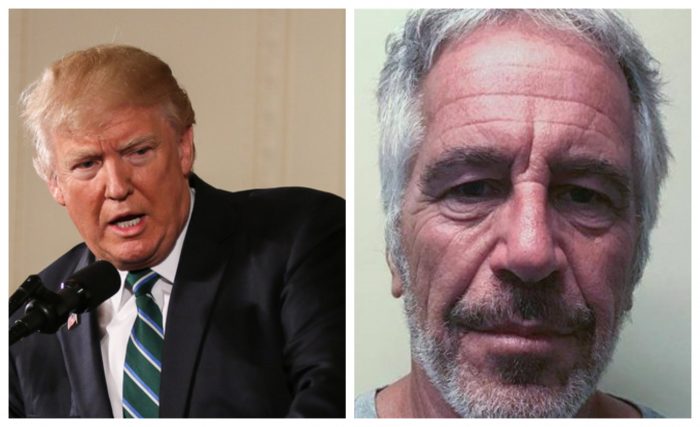 Not content with releasing some swamp monsters back into an undrained swamp by pardoning a corrupt politician guilty of trying to sell a Senate seat who appeared on The Apprentice, a New York City police commissioner convicted of tax evasion and several other criminals, Trump posthumously pardoned someone similarly wronged by the horror that is suffering consequences for one’s illegal actions.

“Nobody can even tell me what he did anyway,” said Trump of Epstein, seemingly unaware that you can just Google this stuff.

His statement echoed recent comments he made about about a potential pardon for his ally and friend Roger Stone, who incidentally, is charged with several crimes including witness intimidation, lying to Congress and obstruction of a Senate investigation.

“All these people have been treated so unfairly, that I have close personal connections to the vast majority of them is mere coincidence. Please do not look into this any further as my wrist is sore from signing all these pardons, I can’t do any new ones,” added Trump, his arm in a sling.

Continuing its long lamentable sleepwalk toward the point of no return, many American Trump supporters have shrugged their shoulders at the pardon of Epstein, convicted of sex trafficking and believed to guilty of many more heinous crimes.

“OK, but aside of from overwhelming evidence, trials and convictions and people admitting to the things they’ve done, like what evidence is there?” queried one sharp Trump supporter who doesn’t take reality’s word at face value.