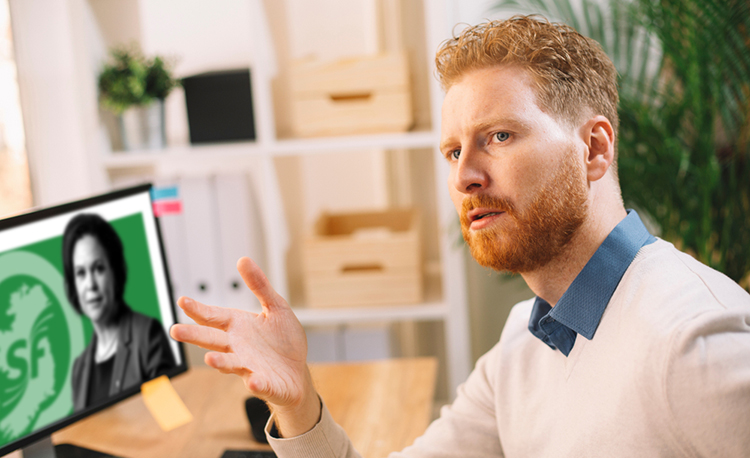 WITH the likelihood of a ‘grand coalition’ involving Fianna Fáil and Fine Gael increasing, some incensed Sinn Féin voters continue to labour under the misapprehension that 100% of the nation voted for Sinn Féin.

Much in the same way Fine Gael voters in 2016 couldn’t understand why the 75% of the country that didn’t vote for their party were so apoplectic at the idea that a party with just a quarter of the vote could be placed in charge of the country, some Sinn Féin supporters are at a loss as to why some people seem to think 24.5% doesn’t equal 100% of the vote.

“No, it’s different this time because Sinn Féin are brilliant and everybody voted for us. Everybody,” one Sinn Féin voter said, still high on the thrill of his party winning 100% of the vote, 506 seats in the Dáil, planning permission for 100,000 houses and an NHS, as well as an outstanding invoice for ‘one United Ireland please’ addressed to ‘The Brits’.

Despite the plain language used by volunteers from the That’s Not How Elections Work organisation and their attempts to repeat the information, only a bit more slowly each time, a cohort of people who voted Sinn Féin were still struggling to process the information, and insisted on maintaining the sort of authority only befitting a party that had a mandate that comes with winning 100% of the vote.

“Okay, so, Fianna Fáil and Fine Gael have less than 50% of the votes and a lot of people wouldn’t say that’s 100% of the people so it follows that…,” offered one TNHEW volunteer before being interrupted by one excitable Sinn Féin voter with cries of “Exactly! Sinn Féin have a majority government mandate from all proud patriots of Ireland”.