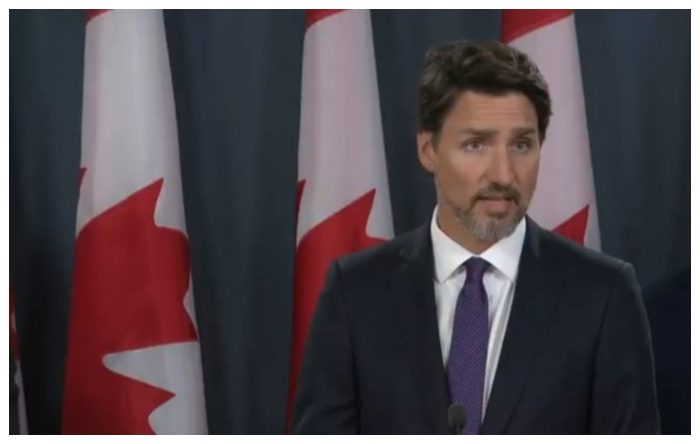 CANADIAN Prime Minister Justin Trudeau has put the issue of an airplane carrying 57 Canadian citizens being shot out of the sky by an Iranian missile ‘out of his mind’ for the moment, as he assembles a task-force to decide how to properly guarantee the security of Meghan Markle and The Artist Formerly Known As Prince Harry.

Harry And Meghan dramatically announced they would be stepping down from the roles in the Royal Family on the same day the Iranian army accidentally blew up a Ukrainian plane killing all 176 occupants, forcing the media to decide which event was worth the most coverage.

Furthermore, Canadian PM Trudeau learned the next day that not only were dozens of his countrymen on board the doomed flight, the ex-Royals were Canada bound and would require a number of measures to be put in place before their arrival; with only so many hours in the day, Trudeau was left with a difficult choice.

“Ok so you’ve two royals who are fleeing to Canada to live independently, so of course they’re going to need a huge amount of security and State aid to do so” said a spokesperson for Trudeau.

“Which of course takes precedence over the tragic loss of dozens of lives in a conflict that is being described as ‘World War 2.5’. Hey, we don’t want to do it, but what choice do we have? This is the Royal Family; they’re way too important to ignore. That issue with Iran will still be there next week. As you say in your native Ireland, ‘it will be grand'”.

Meanwhile, the Queen has announced that she’s ‘perfectly okay’ with Prince Harry sponging off someone else for a while.