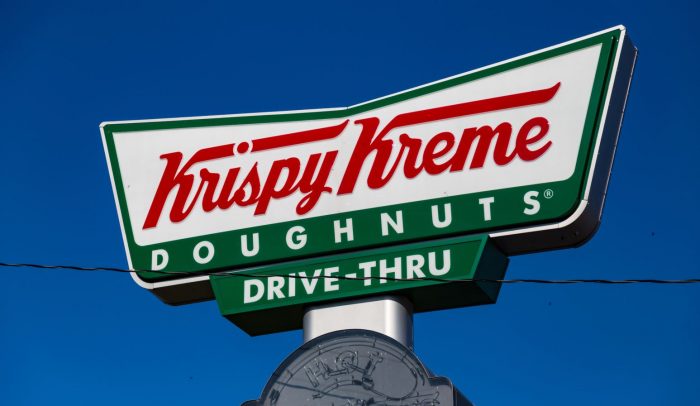 ADDICTION SPECIALISTS have descended on Blanchardstown in Dublin as donut merchant Krispy Kreme reported a weekly revenue of €300,000, sparking fears the humble donut has overtaken heroin as Dublin’s most problematic substance.

“Heroin was given a run for its money by cocaine but that’s a middle class drug so it doesn’t count. Looking at the donut queues here, the government need to declare an emergency,” shared one addiction specialist as they stared at people queuing, who seemingly weren’t aware of the fact you can buy donuts pretty much anywhere these days.

In the clearest indication yet of the donut’s hold on the Dublin population the Kinahan cartel are reportedly holding an EGM and considering moving into the donut game full time.

“Not too much of a stretch for us to move into donuts. These things are highly in demand and you conceal your score in a box or a bag and protect it with your life until you’ve consumed it,” shared one Kinahan street dealer wheeling a donut cart behind him.

“And since they’re sold 24/7 365 days a year, we save some money on fucking shoes up on telephone wires”.

The moral panic that has ensued has seen politicians throughout Dublin petition for any planning permission for a Krispy Kreme treatment centre in their constituencies to be rejected citing the ‘anti-social behaviour’ associated which such projects.

“You’d never know what one of these people would do when in search of a sugar high,” remarked one councillor, who had an infinite supply of empathy for donut addicts as long as they stayed at least 5 miles away from her locality.