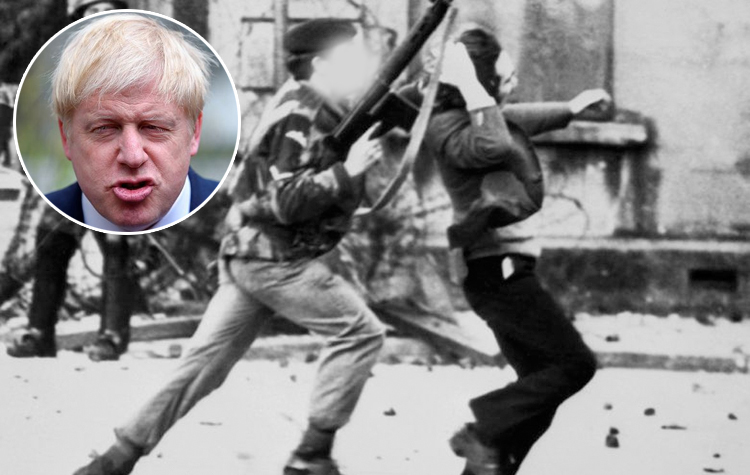 IN A LAST minute reshuffle of his first cabinet British PM Boris Johnson has named controversial ‘Soldier F’ as the Secretary of State for Northern Ireland.

Fearful that he was at risk of appearing to be viciously ignorant when it came to Northern Ireland, its place in the Union and the negative effects of Brexit, Johnson has just about saved his reputation as a sage, detail-orientated leader who understands the nuances of modern politics.

Solider F, a former British paratrooper accused and charged with murdering two people along with the attempted murder of another four during the Bloody Sunday massacre in Derry in 1972, is seen by Tory members as a sensible appointment which will help those who hold Northern Ireland in utter contempt sleep easy at night.

Johnson, in a bid to curry further favour with the Northern Ireland of 2019 has vowed to bring back the RUC and the UDR, while elsewhere, he is giving serious thought to reinstalling the British Raj in India.

Community and business leaders in Northern Ireland have urged Johnson to visit the Irish border to better understand the complexities and damage of a hard Brexit. However, sources close to the PM suggest he plans on treating the border like one of his children by going to court to deny its existence.