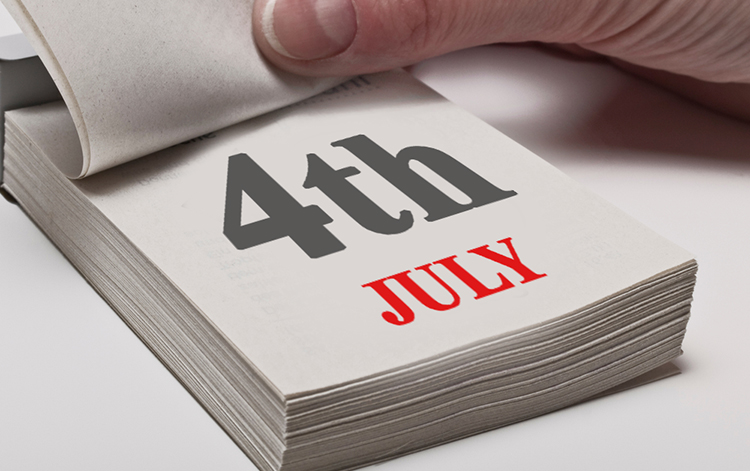 IN A BID to save themselves the indignity of being exposed to over the top, odious and misguided displays of pseudo patriotism, the rest of world has come together to remove the 4th of July from their calendars.

While in America the current White House administration will oversee a gaudy and lurid celebration of their nation’s independence from the British Empire in an attempt to justify and celebrate the current policies being pursued by their president, elsewhere when the clock struck passed 11.59pm on the 3rd of July all clocks progressed automatically into the 5th of July.

“Who knows if this will mess up computer systems, previously organised deliveries, meetings or social occasions but at least we skip that pathetic excuse for stroking the ego of one man and his supporters,” confirmed one Iraqi national.

US embassies around the world which had planned celebrations awoke to the news that the calendars of all non-US countries jump right to the 5th of July.

“This is not aimed at all the reasonable level-headed Americans, you know who you are, but just look at the state of the rest of ya,” confirmed chief calendar amender for Ireland Gary Byrne as he watched Americans embarrass themselves in parades from the safety of the 5th of July.

“Aw, no fair I had tattoo my body head to toe in stars and stripes in a tasteful displays of my national pride, and all for nothing,” shared one disappointed American living abroad.