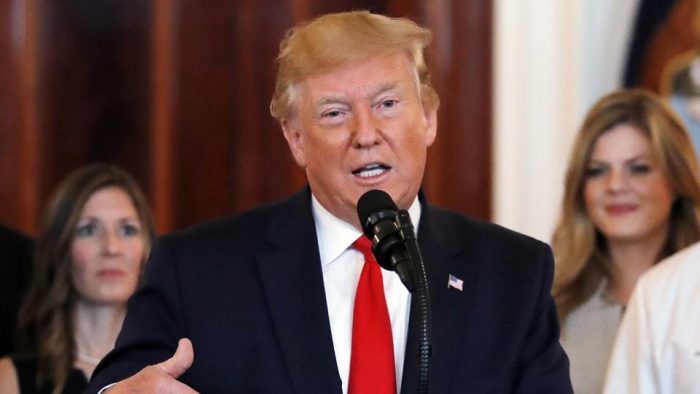 PRESIDENT Donald Trump has responded to the latest allegations of sexual assault by stating in very frank terms that his accuser ‘is not his type’ when it comes to sexual assault, which seems to us to be a pretty watertight defence against claims of impropriety.

But if E. Jean Carroll, or indeed any of the 15 other women who have claimed they were sexually assaulted by Trump are all ‘not his type’, then who is? Could you be? Let’s investigate.

Trump seems to have a penchant for blondes, so if you’re blonde then it stands to reason you’re off to a start. We won’t say good start, but, y’know. E. Jean Carroll herself is blonde, but if Trump claims she’s not his type then maybe it’s only some blondes? Maybe he takes things on a blonde by blonde basis?

As witnessed in the ‘when you’re famous, they let you do anything’ speech, a presidential speech which rivals Lincoln’s ‘four score and seven years’ shite. From this, we can learn that Trump’s type includes women impressed by his wealth and fame… so pretty much everyone, right? Look at how much wealth and fame he has! What woman wouldn’t be able to overlook everything else, to get themselves a piece of that?

3) He likes his daughters

If you’re young, blond, not famous, and a secret daughter of Donald Trump, then there’s a better than average chance that you’re his type. Otherwise, we do not believe any claims that you make against him. Keep your preposterous nonsense to yourself!