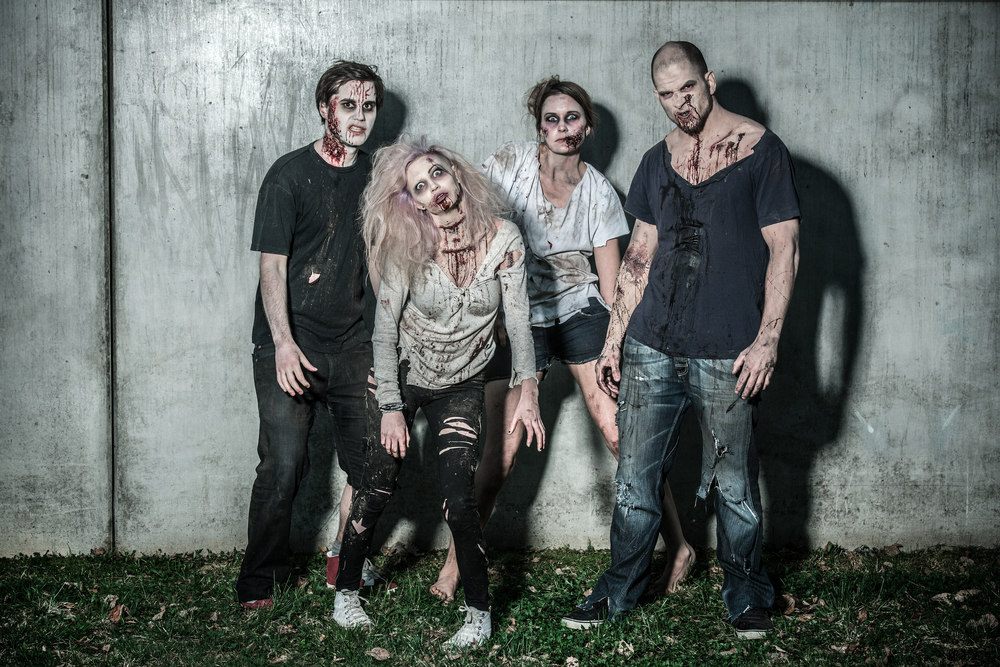 “PHYSICALLY alive but spiritually dead; morally rotten or at least infected”… that’s how one Kilkenny priest described LGBT people this week. And with a poll of local people showing that the country is now full of more gay people that ever before, Ireland finds itself in what the Catholic Church seems to be regarding as a gay zombie epidemic; we’ve no time to lose, let’s prepare!

First, it’s important to know what we’re up against. With the Catholic Church still sporting a 100% unblemished record when it comes to judging people, that means there could be a gay zombie beside you right now, just waiting to bite you on the ass, literally. Where else would they bite you?

So, okay, we’re looking for a man who has died and come back to life. That’s the first thing. Keep your ears and eyes open in your locality for any signs of such a being. As a gay, he’ll be well-groomed, probably with long hair, and a neat beard. Probably wearing some sort of fancy robes and the like.

Next, gay zombies tend to attract other gay people, so your nearest gay zombie will most likely bee in the company of loads of other dudes, like, easily 12 at least. So, if you’re keeping up here, that’s a handsome, recently resurrected guy with loads of mates that he goes for meals with all the time, spouting off some craic about how they all love each other.

“The only way to treat such creatures is to stab them or shoot them in the brain,” said that same Kilkenny priest we mentioned up there earlier, displaying a pretty impressive knowledge of the works of George Romero for a priest. Well, you heard the man. Next time you see Jesus creeping up on you like it’s Thriller, you know what to do.