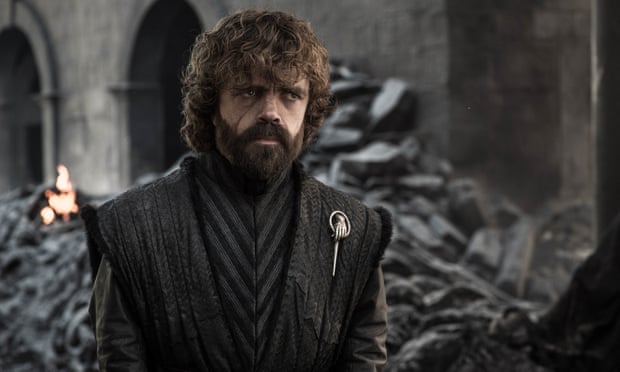 WWN’s official sister site, Game of ThroWWNes, has over 470 hours worth of new videos, quizzes, podcasts, makeup tutorials, recipes and articles each day, because if the world’s biggest TV show needs one thing it’s dedicated content and episode recaps from an online Irish publication:

After levelling King’s Landing last week in an Israeli style Gaza blitzing, we join the aftermath with a rather dishevelled looking Jon Snow, who resembled what can only be described as a Facebook video content moderator after a 10 hour shift; his mind still processing the God awful shit he has seen for what is to be very little financial return.

Tyrion, now sick to the point of death at looking at Jon’s miserable fucking head, decides to venture into the remains of Red Keep dungeons alone where he finds his brother’s signature metal hand on top of the rubble, barely covered in bricks, but just enough to kill him and Cersei, but bare enough for a man with dwarfism to casually reveal the lifeless couple in a matter of seconds. Maybe they had a heart attack? Who knows. Tyrion cries a bit here. But we didn’t. You cried.

Jon, now like a man returning from a drug fuelled session on a Sunday morning, happens upon Grey Worm and his sackless squad executing Lannister soldiers and only then decides to intervene, somehow forgetting the thousands of women and children he watched being vaporised by a zero point energy dragon. But yeah, Jon, maybe now’s a good time to point out your concerns – very Fianna Fail.

Delivering her victory speech, Daenerys pushed out all the old political promises; rural broadband for the 7 kingdoms, free healthcare for the Unsullied including prosthetic genitals – kill everyone who opposes her – the usual lines, when Tyrion rudely approaches her mid-speech to say he’s not all that happy the way things went. She sends him to the clink. Jon, who still seems to have a manager lanyard to access all areas, visits Tyrion to say goodbye, but ends up being coaxed into killing Daenerys in a Charles Mansonesque ruse.

“Your bird is a bit tapped, mate, you have to kill her – bad auld egg,” Tyrion tells Jon, who retorts with the old classic “she may just have PMS” excuse, but quickly realises its mid May, and she’s not due her things for another 3 weeks, at least. And besides, all the milk chocolate has been melted in King’s Landing.

In a last ditch effort to salvage their messed up relationship, Jon pleads with Daenerys to pardon Tyrion. She begins spouting some shite about making the world a better place before the now exhausted Jon stabs her under the sternum and into her heart, as if she was talking through their favourite TV program, but in a loving way nonetheless. She dies, sexily.

The dragon, now pissed off after 73 episodes of this cryptic bullshit which has plagued its life for the past 8 years, turns its anger on the shows main character, the Iron Throne, and melts the fucker to oblivion, before grabbing Daenerys still warm body and flying away to do God knows what with it – let’s face it, dragons don’t have the best reputation.

Feeling like a very happy concluding scene in a Brady Bunch episode, Ser Brienne of Tarth updates Jaime Lannister’s Wikipedia page with a bunch of fabricated lies in this final journey that takes place a few weeks later. Grey Worm leads Tyrion to the King’s Landing Dragonpit where the Westeros’ great lords are all sitting smugly in chairs. The anti-climax is evident as they all look bored off their tits, dying for something to happen, anything.

They scrub up well – the handful left – even the annoying overweight guy who spontaneously invents democracy just to be laughed down, but you can’t hide the feeling that the game is up. They elect a king. It’s Bran. Broken fucking Bran. His know-it-all smugness oozes through his sallow skin like a Donald Trump son. He appoints Tyrion as an aid and fucks Jon back to the wall for all his hard work. It’s unfortunately obvious there’s more to this profitable story. We’re exhausted. Please let this be over.

“Anyone want to trade a metal hand for a bottle of wine?” – Tyrion

“Maybe we should invest in an Iron Dome system?” – King’s Landing survivors.

“I still would” – Dragon to Jon after finding Daenerys