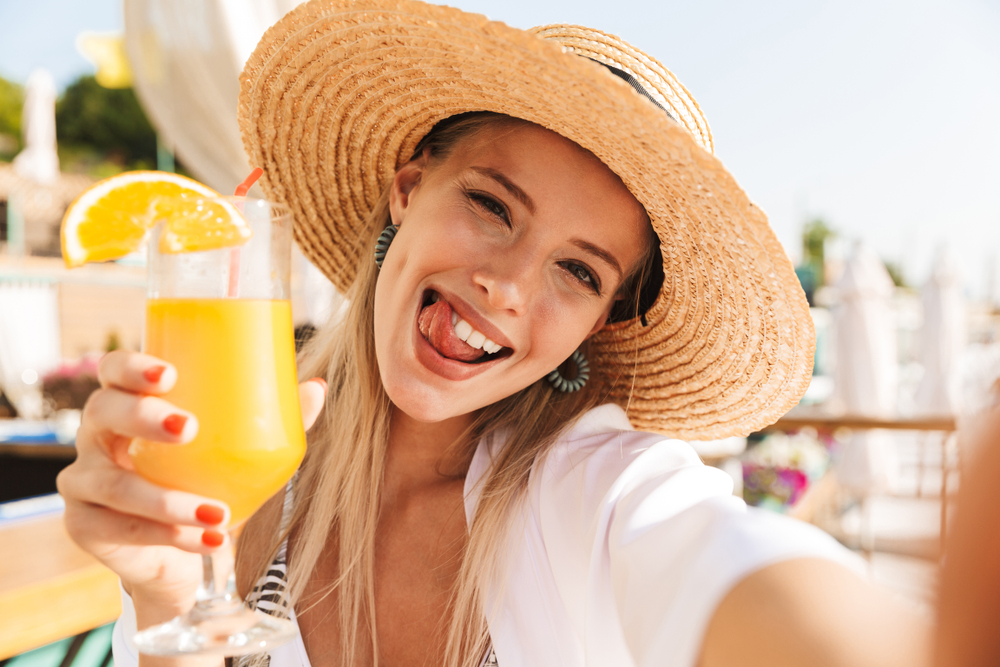 OVERLY CONSCIOUS of the fact that she hasn’t exactly been setting the world alight so far in 2019, one Waterford woman has posted an old holiday picture in a bid to project the appearance of someone really excelling in life.

Louise McNeill uploaded a picture of herself poolside with cocktail in hand from her 2018 trip to Sorrento, but crucially declined to add a caption such as ‘bring me back’, ‘can it be summer already?’ or ‘throwback’ thus openly giving the impression that this is a trip she is currently on, and something everyone should be envious of.

“I know using Instagram to lie to people about how much you’re enjoying life is unheard of, but look, I’ve been in first gear all year and fuck me it’s already April, y’know? No new weekend city breaks, no hen parties, no new job, no cool concerts. I’ve gotta make it look like I’m not completely sucking at life,” McNeill shared with WWN.

By any metric, McNeill is having a thoroughly run-of-the-mill, bang average 2019, the likes of which the majority of people are having thus making the need to project the complete opposite on social media all the more important, apparently.

“Look, everyone loves a ‘just had takeaway again FML’ photo, but not 47 of them in a row. My Insta stories are the big problem,” McNeill explained, as she hastily tried to rearrange her bathroom in such a way that it looked like one of those luxury spas several of her friends recently stayed at.

“All about self care this year #spaday #staytruetoyourself,” McNeill wrote below a new Instagram photo of herself clearly photoshopped into an image of a 5-star luxury spa.