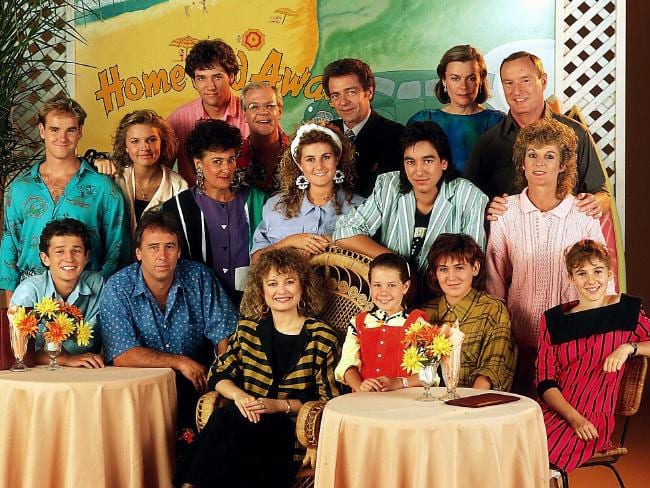 IN the Spring of 1988, a new Australian soap opera called Home & Away appeared on Irish screens for the first time, and subsequently aired on UTV in February of 1989, giving Irish viewers not just a 12-month head-start on their UK rivals, but a sense of national pride that has never been surpassed in the thirty years that followed.

Ask any Irish fan of Antipodean soaps of the time and they’ll tell you about the soaring feeling in their hearts that came with knowing things about Pippa, Tom, Bobbie, Alf and the gang that the Brits knew nothing about.

“We’d already moved on to the new Pippa, while they [the Brits] hadn’t a clue, not a fucking clue,” said Ian Deeling, one of Ireland’s foremost H&A fans.

Unfortunately for Ireland, RTÉ made the bizarre decision to suspend airings of Home & Away during sports occasions such as Wimbledon, Cheltenham and the World Cup, which day after day lead to a yearly erosion of our lead.

“It was off air for a fortnight for Wimbledon. A day or two for a horse race. Little by little, the UK crept up on us, and that was it… gone” sighed Deeling, disgusted.

“It took about ten years or so, but we reached parity and then that was it. We’re damn lucky that RTÉ stopped knocking it off the schedule for sporting events, or the Brits would have passed us out and then we’d be the shitheads. Nowadays, it’s barely worth watching the show. Why bother? We used to feel special, we used to feel like God damn time-travellers. Now what? We’re just assholes watching a shite TV show”.

Although we may have lost our Home & Away lead, RTÉ still proudly stand over the 30-year headstart we have over England when it comes to Fair City.